26% Funded
57 Donors
Help this ongoing fundraising campaign by making a donation and spreading the word. With football so dominant in Brazil, it can be hard for other sports to get a look in, especially underfunded sports that are not yet part of the Olympic Games. Yet over the past decade, cricket has helped transform the lives of thousands of underprivileged boys and girls in the country, providing them not only an escape route from the all-too-common pitfalls of inequality, but also the chance to attend university, represent their country around the world, and even build professional, salaried careers.

Cricket Brasil Confederation, the governing body for the sport, wants this positive work to continue, but it needs financial help more than ever. Funding challenges caused by the Covid-19 pandemic is threatening cricket in Brazil just when it is starting to bloom in the country.

The social project has been using cricket to break down traditional societal barriers and made global headlines last year when Brazil became the first country in the history of the sport to award central contracts to its female players ahead of men, and now has 15 fully professional national women’s players who have been put through university by the programme (many the first in their families to attend higher education). 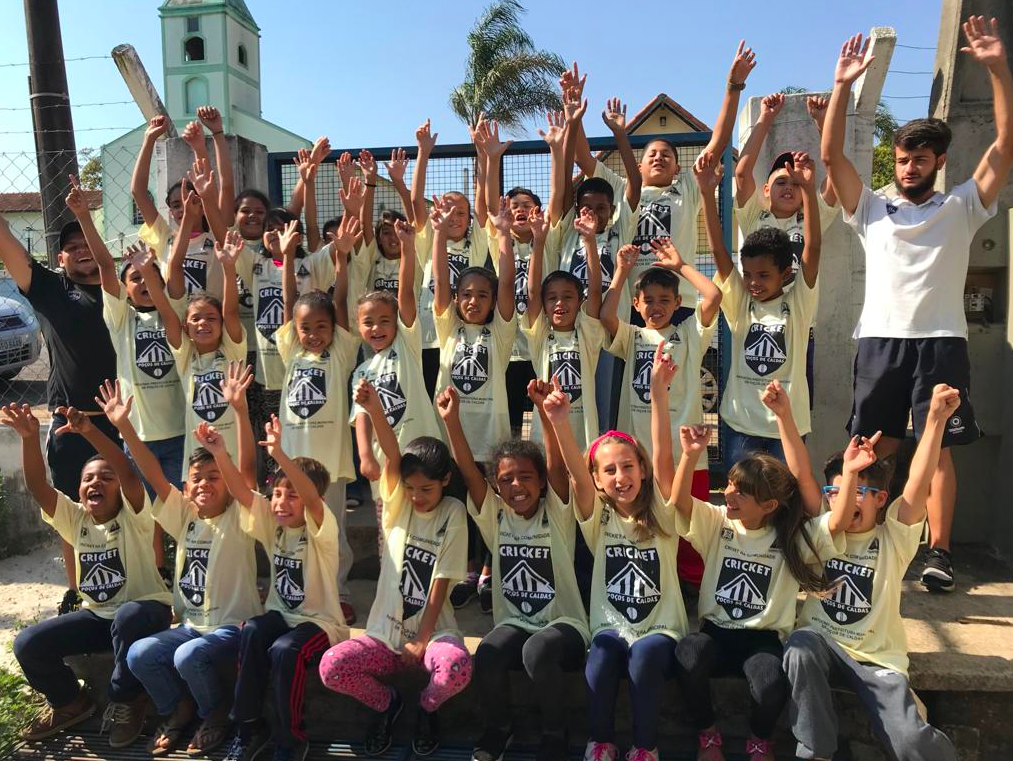 The new Brazilian Women’s National Cricket Team has won the South American Women’s Championship four times out of a possible five and, in the past year, climbed from 38th in the world to 27th. If the team can break into the top 20 rankings, it will unlock additional funding from the International Cricket Council.

In 2011, former Kent cricketer Matt Featherstone began introducing cricket to Brazilians in poor areas of the country, eventually creating a social project in the city of Poços de Caldas, Minas Gerais. Starting with 24 children from an orphanage, interest quickly grew and within a year he had more than 100 young people taking part. Now there are nearly 5,000 children playing on a daily basis — more than half of the children that play are girls – and the sport is taught in more than 50 public, state, and municipal schools to children aged between six and 17. 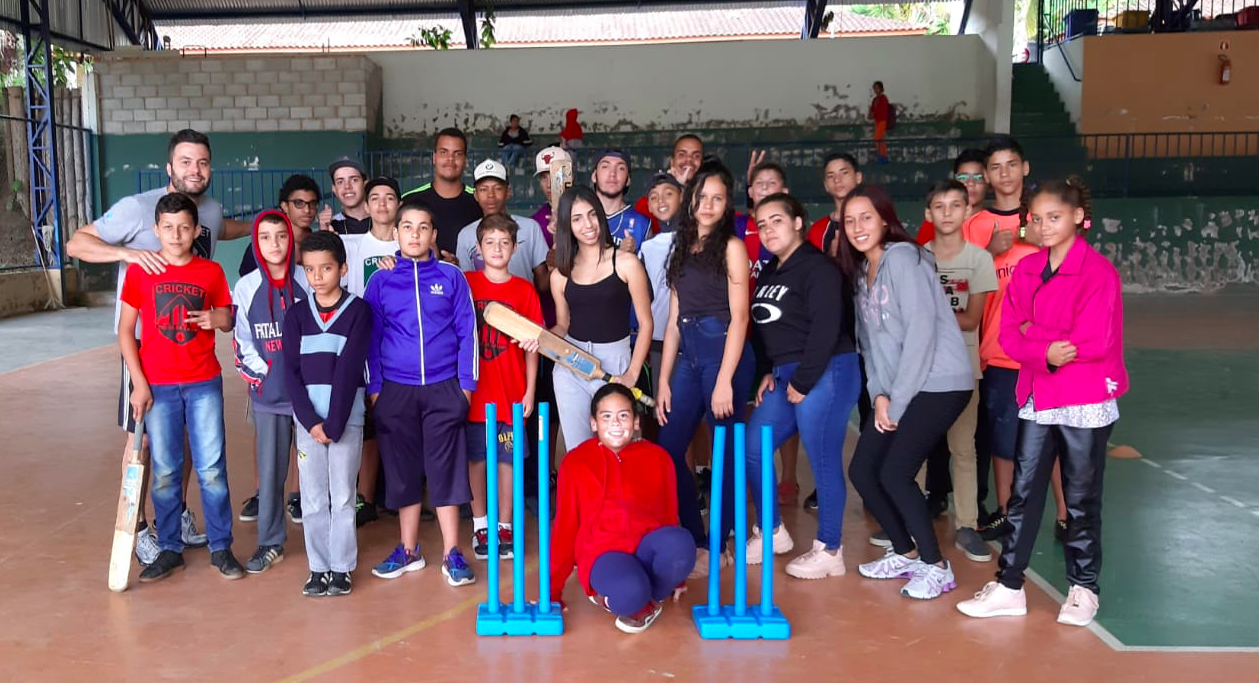 “I got to know Cricket through a project at school and immediately I really liked it! From then on I decided to start training, falling more and more in love with this sport. I dedicated myself a lot with the dream of joining the Brazilian team in the future and after two years, dedication and effort, this dream came true. This sport brought me much more confidence, self-esteem, and dreams for the future. Cricket for me is much more than a sport! We are a family, where we can count on each other for everything!” — Mari Artur, Brazilian Women’s National Squad Member 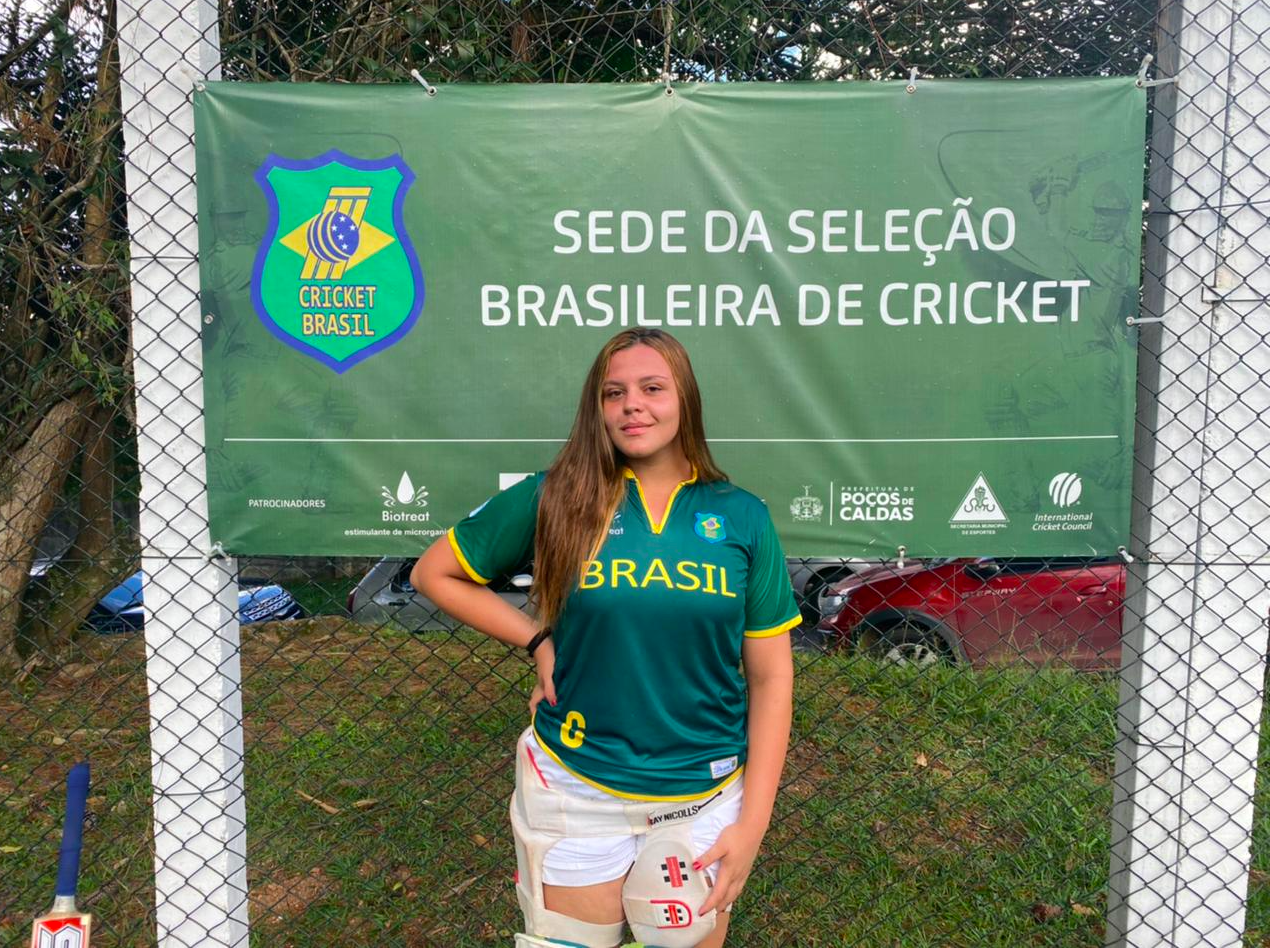 Nine of the centrally contracted players in the national team came from grassroots projects in disadvantaged areas and the project is planning to expand to neighbouring cities and bring the game to 33,000 children over the next few years. 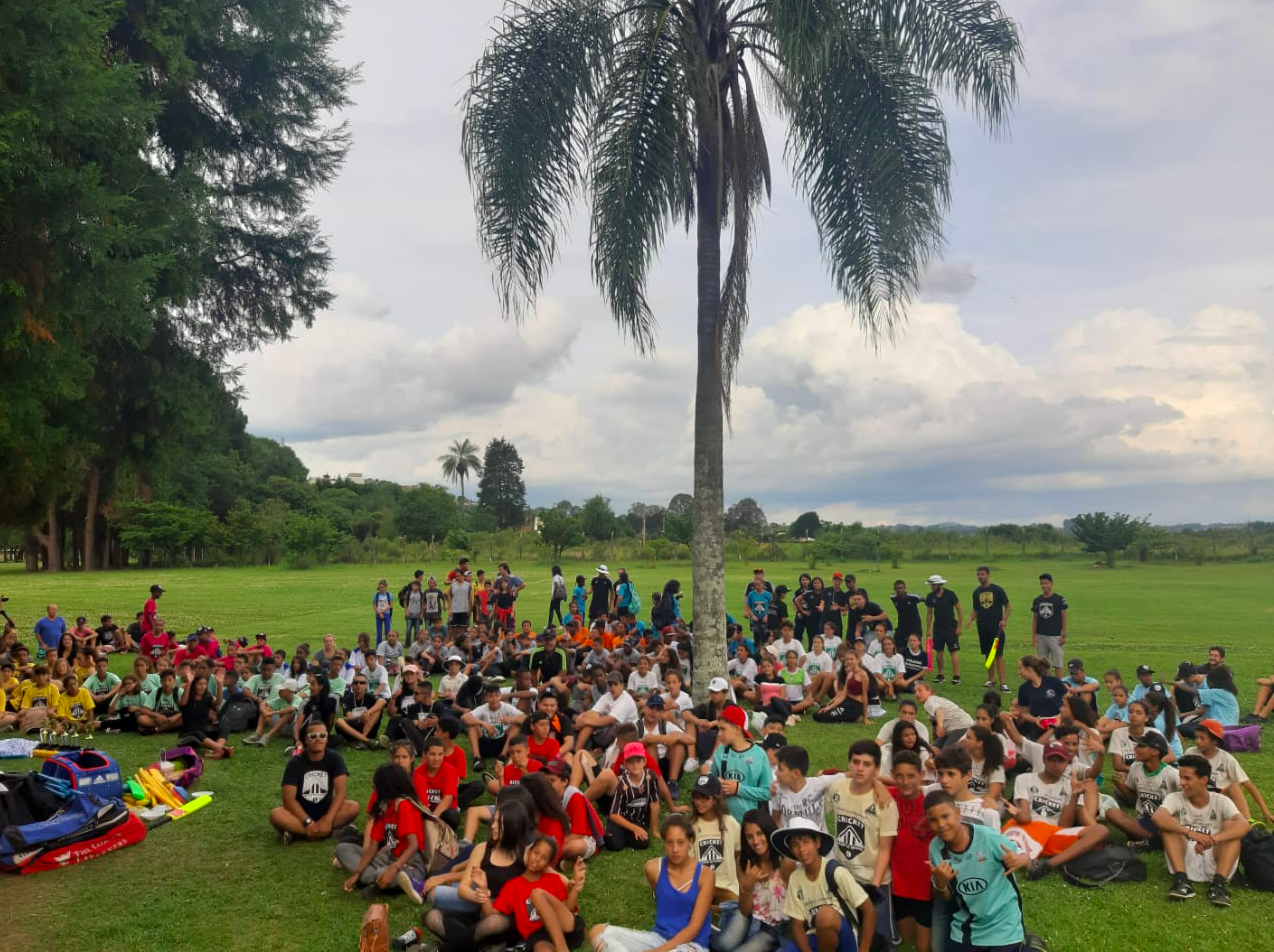 The secret to the project’s growth has been developing professional local coaches so young people can see what is possible just by playing cricket. There are now 15 Brazilian coaches, all of whom have come through local-run development programmes and sponsored through university by project.

The result is it is not only Brazilian kids playing cricket now, but the wider community in general, with everyone from local business men and women to the head of a local fire brigade playing the game. The local mayor of Poços de Caldas proudly describes his begins each speech by describing the jurisdiction as “the only city in Brazil where more children play cricket than football”. 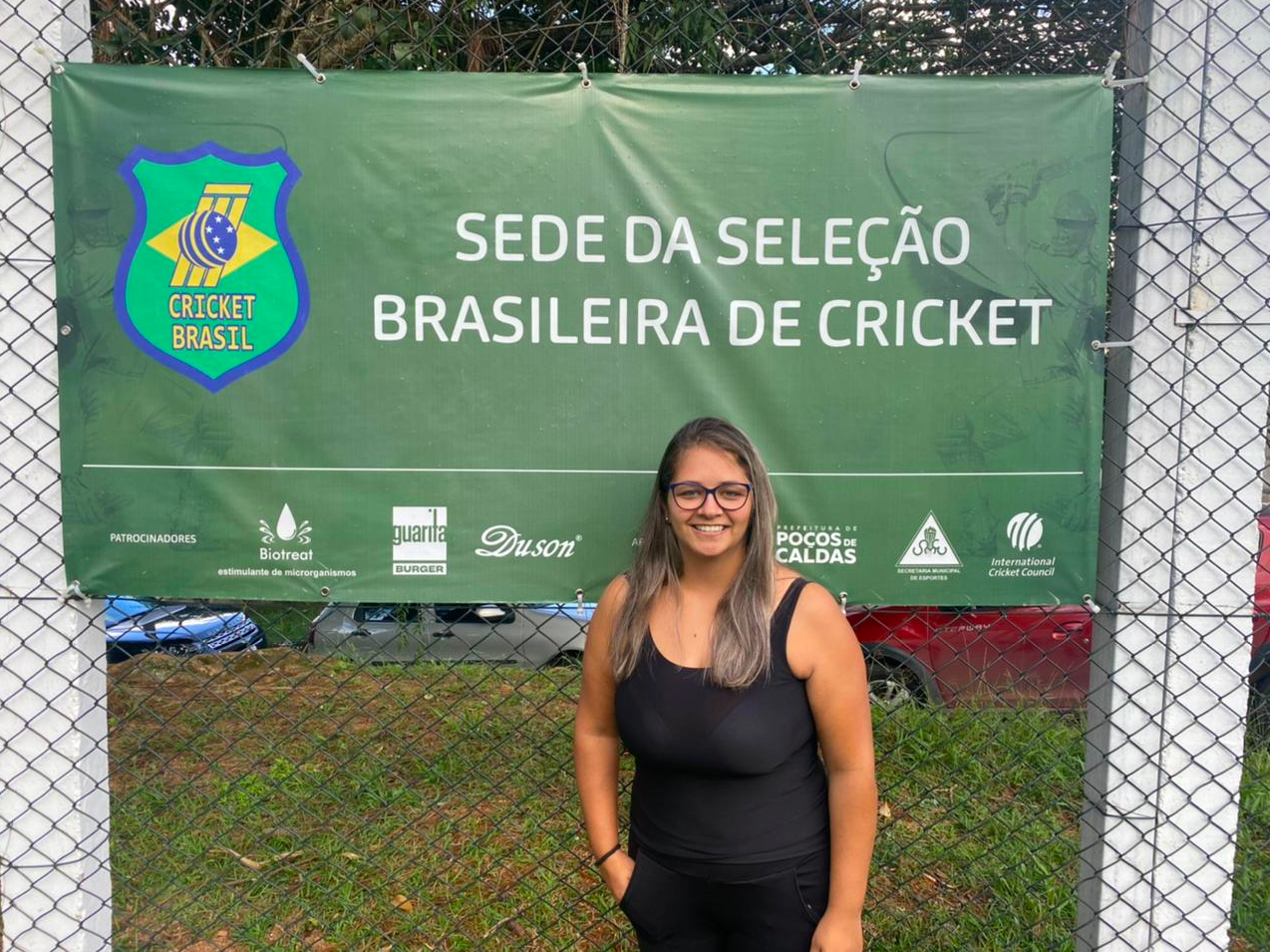 "Cricket is a sport that, in addition to taking children and adolescents off the streets and away from crime, makes them have a better life. It works the body and mind, taking care of the health and well-being of those who practise this sport.” — Aline Aparecida Cardoso do Prado, administrative assistant at Poços de Caldas’ Santa Casa general hospital and regular player——

Watch a 2016 video with Renata Dina de Souza, national women’s player and coach, talking about her journey with cricket:

As cricket is not part of the Olympic Games, instead of receiving around half a million dollars per cycle in funding, the sport receives zero. Funding must be sourced independently by Cricket Brasil and with the pandemic draining donations and forcing sponsors to drop out, there is real concern the past 10 years of work will be challenged. If that happens, thousands of young Brazilian cricketers will be left with nowhere to play.

This is why we have created this fundraiser: to continue to give young Brazilians the opportunity to use cricket to improve their lives and the lives of future generations. We understand there are many other social projects and initiatives that you could support, but if you can spare anything at all, you would genuinely be making a difference to Brazilian society.

Even simply sharing this page would be a great help as we are actively looking for new sponsors!

Specifically, here is where any funds will go:

And, who knows, maybe one day soon you can say your investment directly helped a Brazil National Team qualify for a Cricket World Cup. You can make a difference! 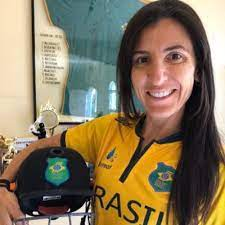 “Who would have thought 10 years ago that we would be taking a professional cricket team to World Cup Qualifiers going after our dreams of playing in the world stage of cricket. I am very proud of being part of a team that is changing the women’s pathway in Brazil and to know that these players mostly came from a social project developed by Cricket Brasil. They gave us the opportunity of being part of the change and we want to take it to the next step!” — Roberta Moretti, captain of the national team.

Thank you to everyone who has helped spread the word and donate to the crowd-funding campaign for Cricket Brasil.We’ve been overwhelmed by the level of support and enthusiasm, and have already hit our second funding target of £2000.00 which will allow us to commission approximately 500 new cricket bats made. . . . .