About a week ago, we rescued this beautiful cat from a HDB Void Deck in Bukit Batok. A kind soul sat with her from evening to midnight just making sure that she doesn't get bullied by other cats in the area. Her owner seemed to have abandoned her. We were told by a neighbor that the cat name is Katkat, she was seen about a year ago, living with a man inside one of the flats at level 6. 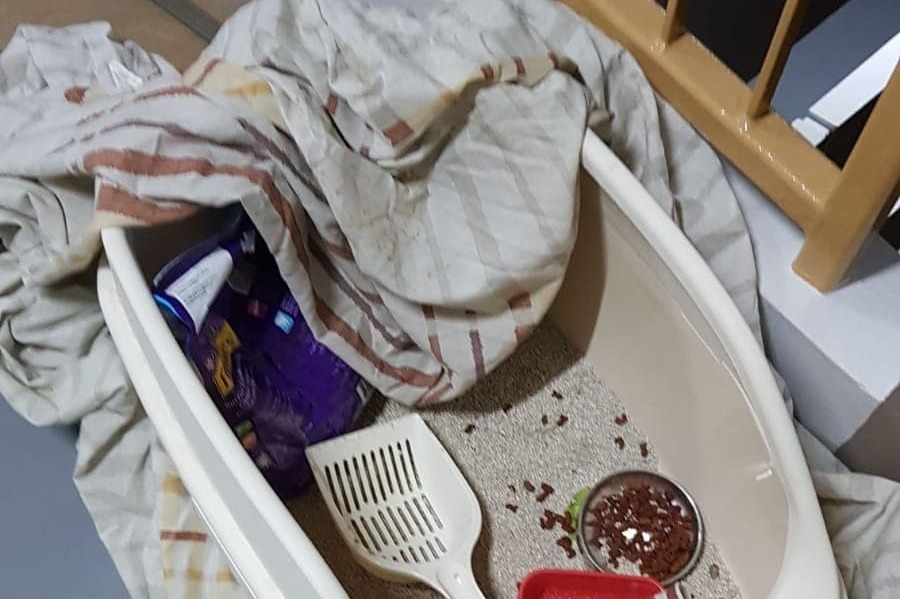 However, they seem to have recently moved away, and the previous owner's landlord left all her stuff by the lift at level 6. (Litter Box with litter, and a pack of kibbles). 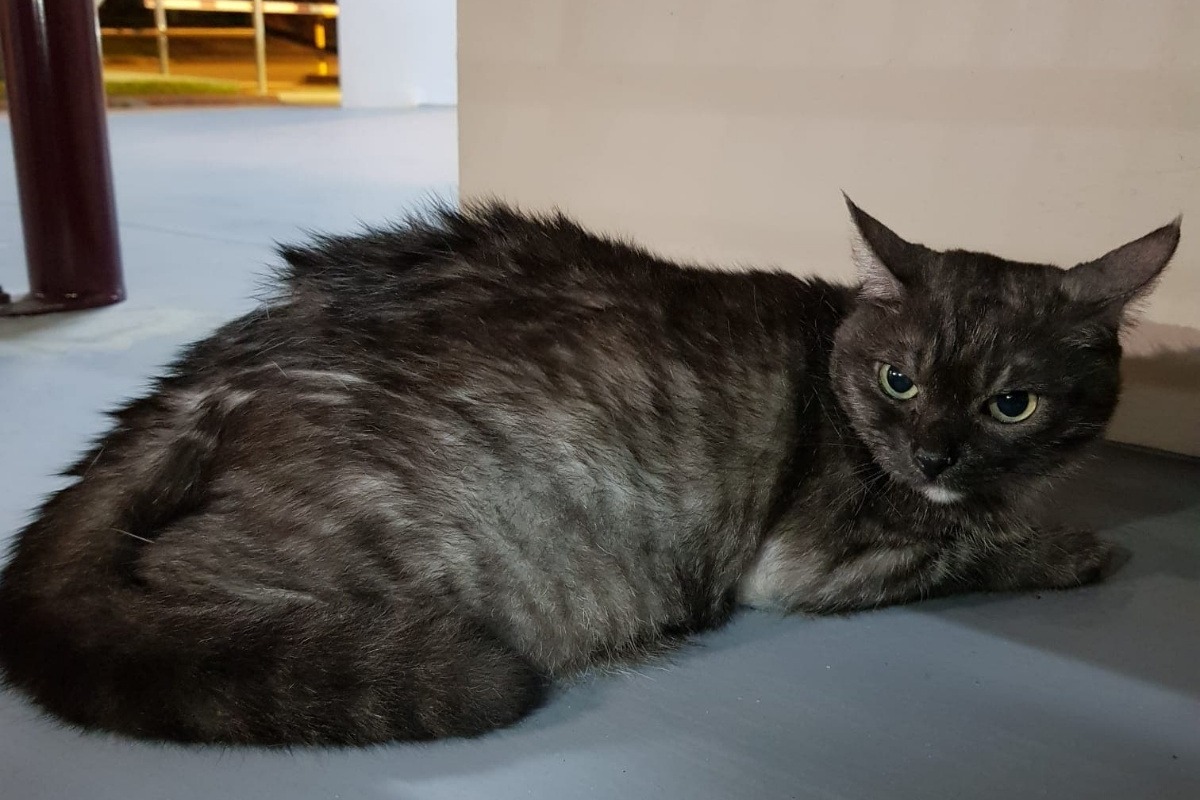 When we first met her, she stayed under the seat and wouldn't move. She wouldn't even touch the food or water that we gave her. After a few hours (around 3am), we managed to get her out from under the seat and into our carrier. We realized that her tummy was quite big. 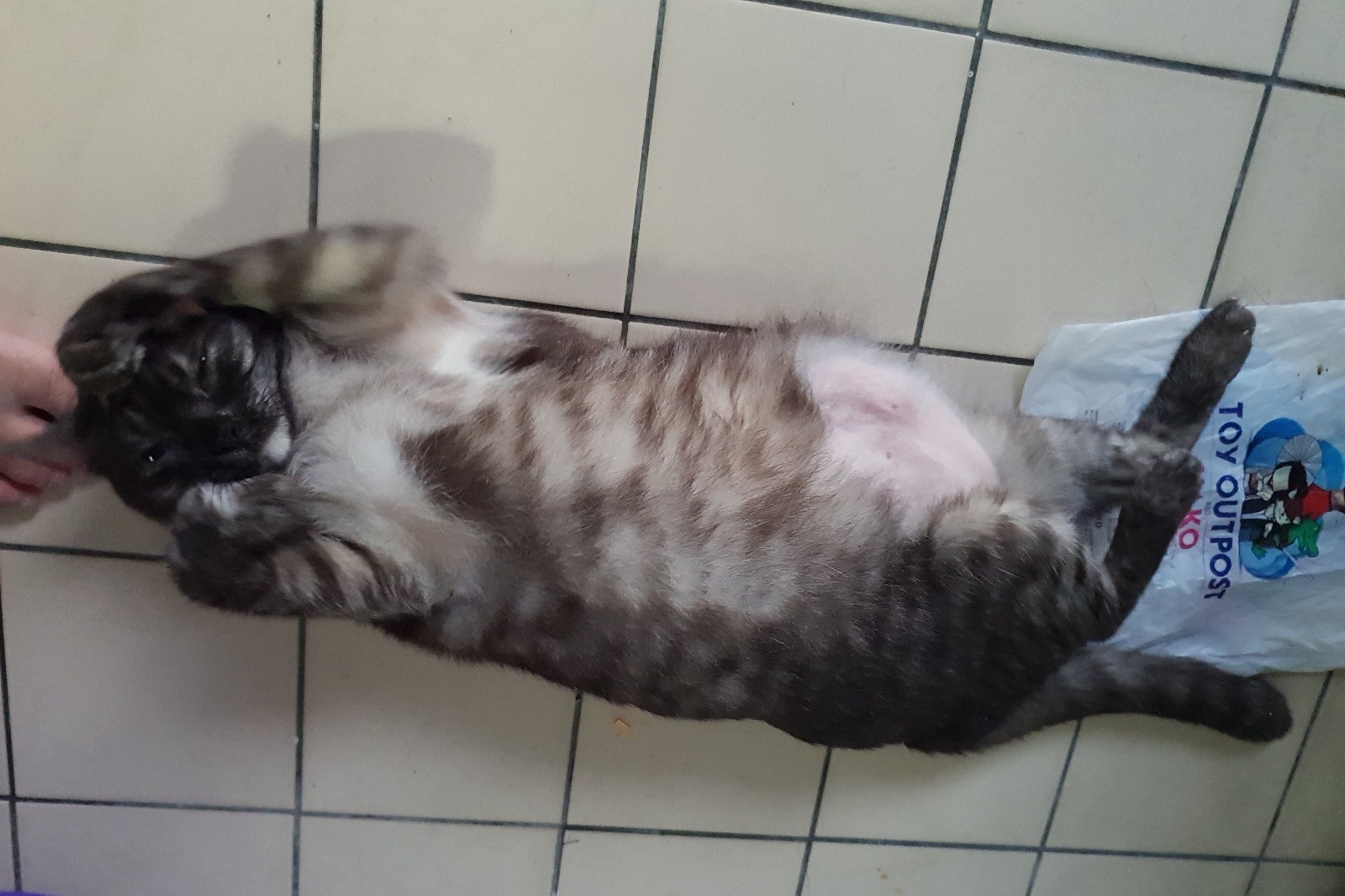 Her lower abdomen seems to be shaved and she would not stand up. We suspected that she was pregnant.

So we brought her home and stayed up with her for over 3 nights, just to make sure she doesn't go into labour alone.

Right now, she is more comfortable. She started eating and drinking around day 3, and she would snuggle into my hands like no tomorrow :)

Katkat loves dark spots, she could stay in a small cupboard for hours on end, she loves people touching her head, but she will move, not you. She gets aggressive when you try to touch her any where (other than her head). Her meows are very soft and broken, like when we have a really bad sorethroat (even after a week plus, its still like this.)

I have tried calling a few clinics to ask how much would the fees be, and whether we could be able to put them on hold to pay later, however, the clinics were unable to help us with that. Payment had to be made on the day of the consult.

My boyfriend and I has 5 other cats and rescues with us and we are struggling to keep afloat. We would really like to thank you for taking the time to read this :)

We are appealing for kind souls that could help Katkat with the vet fees and food etc. Even a dollar would help! Thank you so much, really, we really appreciate it :)