4% Funded
11 Donors
Help this ongoing fundraising campaign by making a donation and spreading the word.

Hi, I’m Anna-Lissa Jocson Salcedo, wife of a cancer patient named CHRISTOPHER ROBLES SALCEDO. His illness was first discovered when he was employed in Papua New Guinea. He was able to stay there for only three months because of his illness. On January 2, 2019 he was suspected to have an appendicitis but when he underwent surgery, it was discovered that he has a Mucinous Carcinoma of the Caecum and so aside from removing appendix, part of his large intestine with tumor was removed. The surgeon recommended to meet an Oncologist as soon as he return home to the Philippines in view of Chemotherapy and Radiotherapy. He also has a background of diabetes but has been controlled. It required him to return to the Philippines to have a medication.

He underwent FOLFOX(Oxaliplatin, Leucovorin, & Fluorouracil) chemotherapy, consists of 24 cycles (2 cycles every 15 days) from February, 2019 and ended on August, 2019. Before it ended, CT scan whole abdomen with triple contrast on July 15, 2019 showed result of No tumor recurrence detected, no metastases detected, S/P cholecystectomy.

Last May 10, 2020 he was rushed in emergency due to severe stomach ache and found out that there’s a recurrence on the same area thus made an obstruction to his intestine. The original plan of the surgeon is to remove half of the large intestine because he said it seems that the surgery made by the first surgeon(not a cancer surgeon because it’s also an emergency and the first finding was only appendicitis) in Papua is not the usual surgery they make on cancer patients by our surgeons here , a possible cause of recurrence. Upon his emergency surgery in Philippines, the surgeon did not pursue the original plan because if the tumor will be removed, it may be very dangerous, will be so bloody so he just relocated the large intestine that was obstructed by the tumor so the food could pass. He told us to tell the oncologist have a chemo first before surgery again.

The oncologist recommended another 24 cycle of chemotherapy but now with FORFIRI (Fluorouracil, Leucovorin, and Irenotecan) chemotherapy. Dra. Pamela Patdu, his oncologist is also planning to give him an oral medication after the 24 cycles and mentioned Xeloda capsules. When I asked her, it would cost us an initial amount of P300,000 (around USD 6,206.37 ). For the meantime, the target is to finish the chemotherapy first and so it requires lots of laboratory tests, CT Scan in abdomen with triple contrast and CT scan in chest. The doctor told us also to prepare ourselves for more follow up check ups and possible surgery again depending on the progress.

It’s been more than two years that we’ve been spending lots of money for his medications, laboratory test, etc. With regards to economic condition, my husband and I are only depending on the finances extended by our daughter since my husband cannot work due to his condition. We still have a daughter who is now starting his college this year and so my daughter’s income is just enough to sustain our basic needs. We are now financially exhausted and could no longer find possible means on how I could still support/provide my husband’s medication for a very short time. He is required to have chemo every 15 days. He sometimes have additional expenses when something happens on his system during chemotherapy and requires longer stay in the hospital. We have survived his chemo this October 20, 2020. CT Scan with triple contrast was made only on Oct. 27. This coming Nov. 3, it’s his 13th and 14th cycle in chemotherapy and I think we could no longer hit the target amount for this session. Time runs so fast but earning money is not that easy. We’ve already sold a small lot to sustain his medication but it did not last long yet it’s a big help.

Despite of the problems we are dealing with now, we remain optimistic since we see the improvement or the response of the chemotherapy to his health. Your generous intervention on this case is highly appreciated and acknowledged. We are looking forward for the generous intervention of loving people in the world. 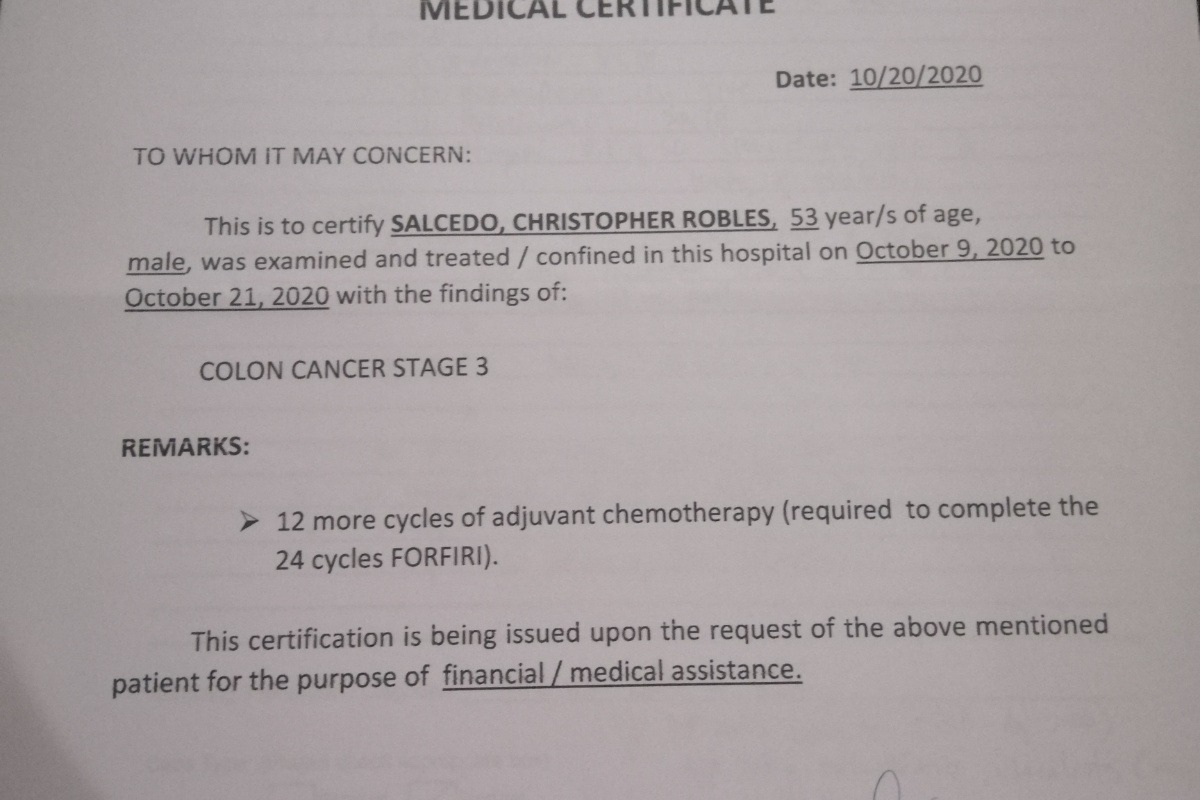 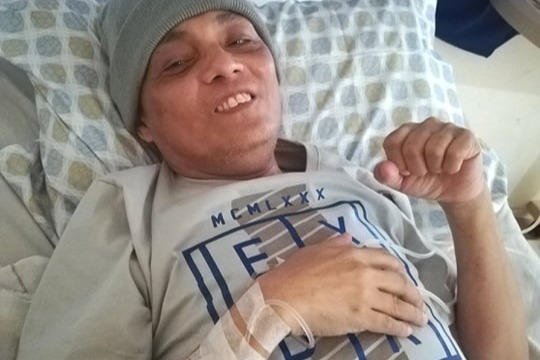 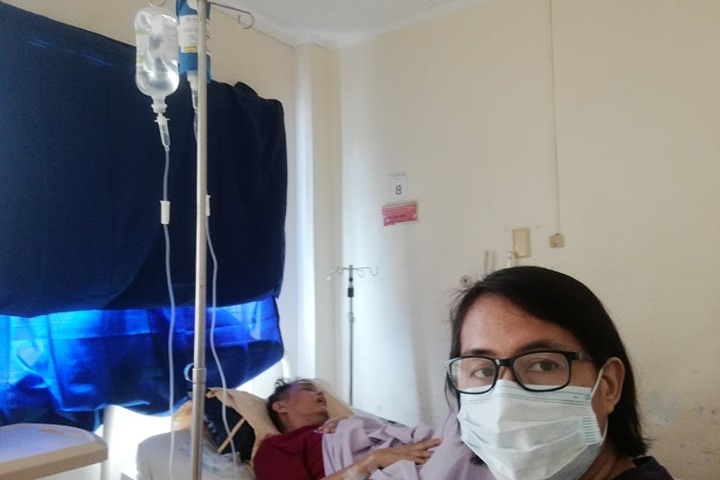