A 78 year old lady longs to see her family in Germany for one last time.

Heide is a humanitarion and has served the Malawian people since 2004. Her wish now is to see her two sisters aged 85 and 74 and her best friend in Germany possibly for the very last time in her life. Not only does she hope to see her family and friend, but Heide is also in need of urgent medical care in Germany for her eyes to prevent her from going blind. Financial assistance is desperately needed because she has no funds to pay for airfare to Germany. This might also be the last time that she is strong and confident enough to travel on her own.

Heide ( Heather ) arrived in the country in 2004 and currently lives in a remote area in Malawi. She started off as a volunteer to run a newly built clinic in Cape Maclear for 6 months. She quickly realised support for HIV/AIDS was direly lacking in the country and returned to Germany to raise funds for the project. She went back to start a support group in Malawi for people living with HIV/AIDS and her great achievement is that this project is still running succesfully today. She also supported people in Cape Maclear in pallitive care and visiting very sick and dying patients in their homes. At that time IRV’S were not available or much too expensive and their was a great demand placed on her services. After 3 years in Monkey Bay where she supported another HIV/AIDS womens group and accomodating 3 local girls in her house she moved on to Salima. The girls went to secondary boarding school made possible with the help of sponsors from Germany. In Salima she volunteered 4 years in NdiMoyo pallitive care centre. From there she moved to Nkothakotha in 2016 to lake Malawi to semi retire. 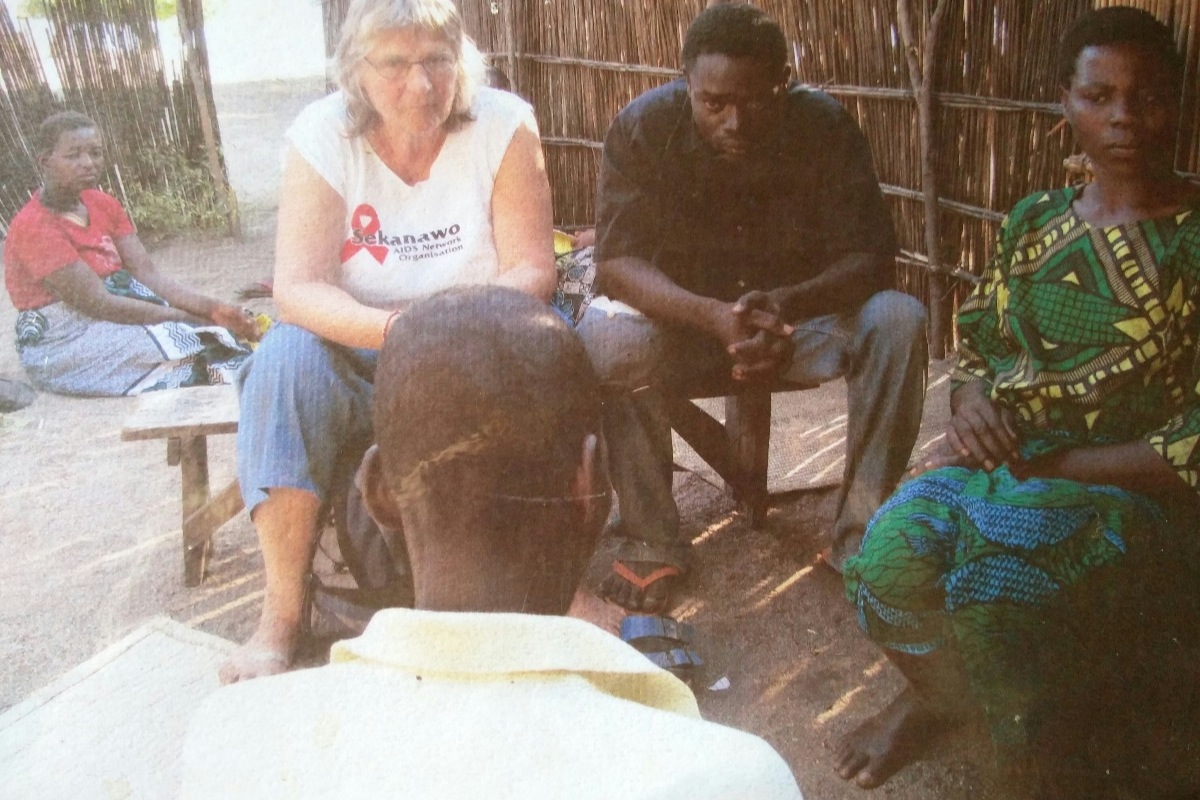 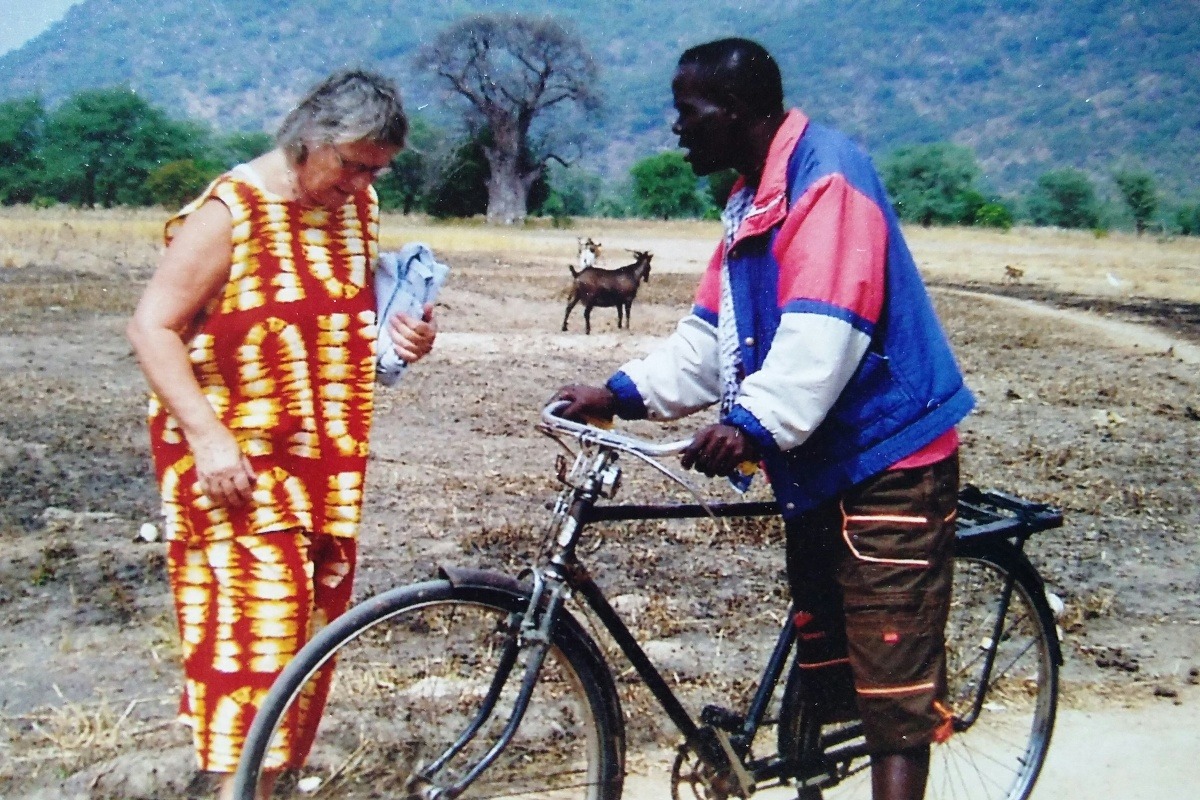 She faced many challenges in 2017

This was a pretty awful year for Heide. It started off by her most trusted worker stealing valuable items from her household. She reported the incident to the police and had to appear in court which was very stressful for her. Later in the year she was robbed again. Another person whom she had trusted used her visa card to clean out her account. This was very traumatic and a very painful lesson to learn to keep her finances secure. As a result of the accumalating stress Heide became very weak and contracted malaria 4 times. The last time it happened in November the bout of malaria was so severe that Heide nearly died. If that was not enough in December of 2017 she got the bad news that her brother (82) had died falling from a ladder in Ireland. This was not the end of Heide’s woes. Soon after she heard that her younger sister (74) was taken into hospital with a severe infection (sepsis) A battle was on for her younger sister’s life but fortunately she did not die. It is now Heide’s desperate need to see her sisters again possibly for one last time.

Not much time left

Heide realises there is not much time left in her life and she desperately wishes to travel to Germany to see both her sisters ( 85 and 74). If fortunate enough she would also like to visit her brothers family in Ireland. In addition to seeing her family she had heard that her life long best friend is co-incidently coming to Germany from the USA during the months of June and July. This will make it thus an ideal time for her to travel there. That’s why finances and time is a matter of urgency right now.

Cataracts in her eyes

Heide has cataracts on both eyes that need to be lasered in Germany and she would need perscription glasses afterwards. Proper services regarding this procedure is not available in Malawi. A trip there to have are eyes fixed and to see her family will be a dream come true for Heide.

Heide has no means right now to travel to Germany to see her family and friend and to have her eyes fixed. She lives on a very small pension which she also shares whenever she can with people in her community. She also does not have any health insurance and for all of these reasons it is so imperative to give someone like her a chance not only to fulfill her dreams but also to take care of her eyesight.

Heide has for most of her life unselfishlessly served others so this is a great, great opportunity to invest in someone like Heide’s life and give back to her for all that she has poured out into other peoples lives.

Please support Heide that she can go to Germany and come back to Malawi with a peaceful heart and that she can continue her work with compassion and love.

If the amount received exceeds 5000 dollars it will be placed in a medical fund for emergancy purposes and to serve the community in Malawi in which she is still closely involved. 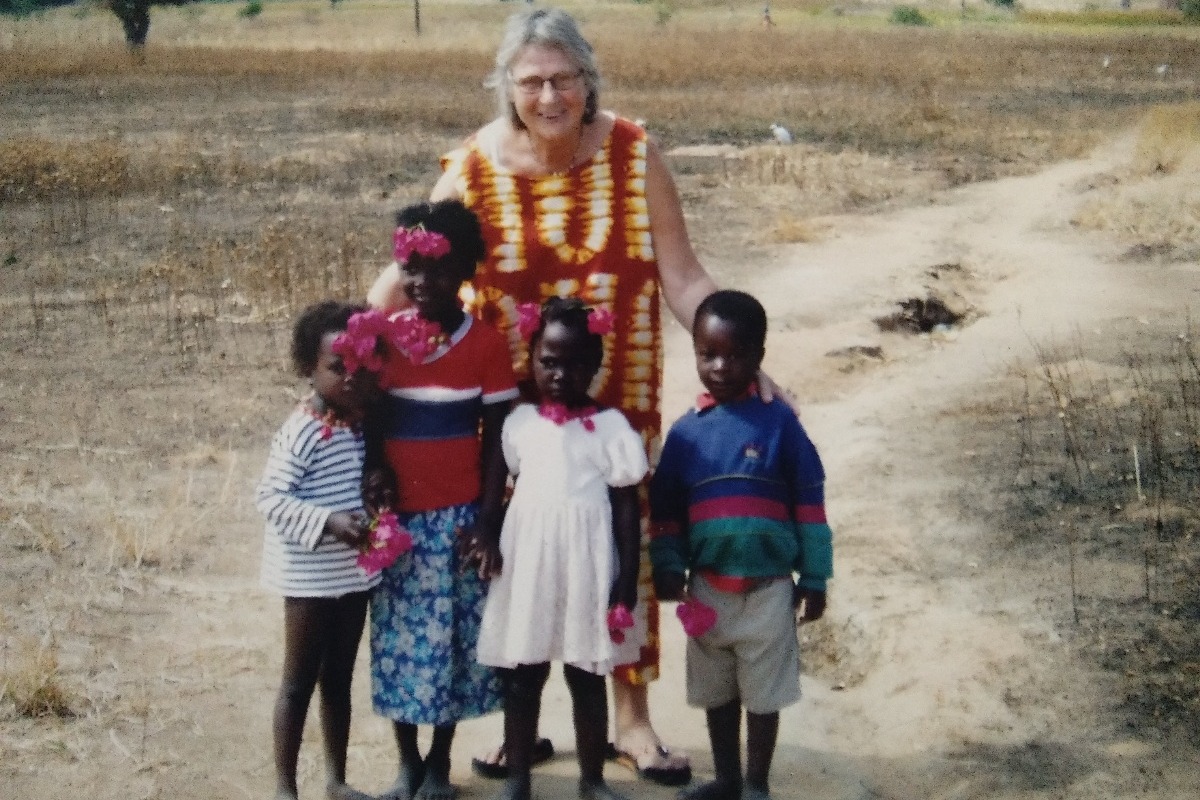