Secure the education and future of James Lolo 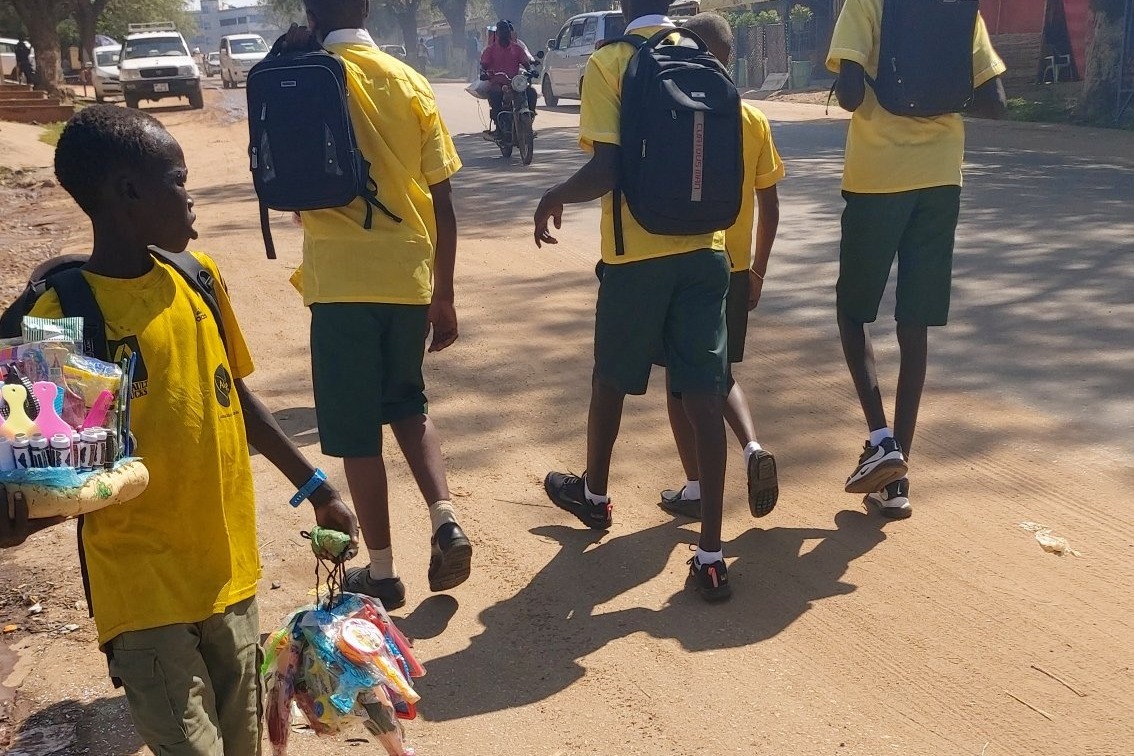 This is a picture of James looking at school going boys while he moves on foot selling stuff in the streets of Juba; the image went viral, hence the need for this story.

James Lolori aka Lolo is the firstborn in a family of five. Since 2014 James has been living with his mom and four siblings in the small house (pictured below), 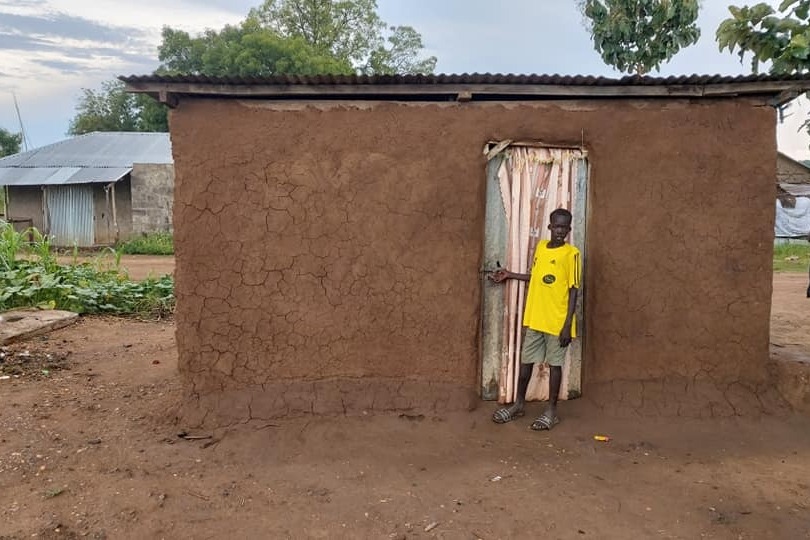 James' dad left Juba and headed to the village in 2014 after the economic crisis hit South Sudan as a result of the 2013 fighting in Juba, which later developed into a full-blown civil war.

Since then, James and his family were left to fend for themselves; his paternal grandmother (pictured next to his mom, third from the right) has been of generous support to the family, James' younger sister lives with her, and the kids stay at her house when both James and the mother are out working during the day. 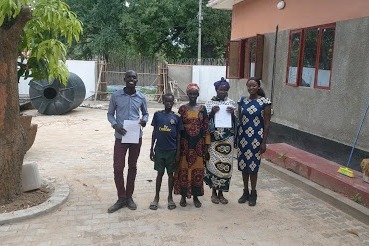 Lolo's mother, Angelina, used to work at a restaurant, but she fell sick and was unable to work; upon her recovery, she realized that the restaurant replaced her with someone else and was informed her services were not needed anymore. Since then, she has been out of work and only manages to get some income from time to time by going to the bush to get firewood, which she would sell to earn a daily living for the kids.

After realizing all this, James decided to find means of earning some money to help his mother, he got a friend who gave him some capital, and he started hawking the streets of Juba. This is how James became the breadwinner in his family.

He works Monday through Saturday, breaks on Sunday. His workday starts at 10 AM and ends at 5 PM; he covers a distance of no less than 20 kilometers in his daily walk, carrying 5 to 6 KG of goods for sale. He takes one meal during the workday and buys some local cold drinks when possible. On a good day, James makes 5000 SSP (10 $) while he makes 2000 SSP (4$) on a bad day.

The money he earns daily is used to give his mom to cater for food expenses for the kids and save up some money for school fees; James is currently in class 5 and will be back to school once the COVID ban is lifted; He studies at ST. Vincent Primary School in Lologo neighborhood of Juba. As of now, he is the one paying for most of his school fees.

James told me he wants to be a doctor when he grows up. As of now, his mom's main concern is for him to get someone to sponsor his education and give him some support so that he does not have to work. As it stands, the family situation is critical and the needs might overwhelm him, forcing him to leave school altogether.

James' primary issue is school, but the elephant in the room is poverty and lack of basic needs in the family. 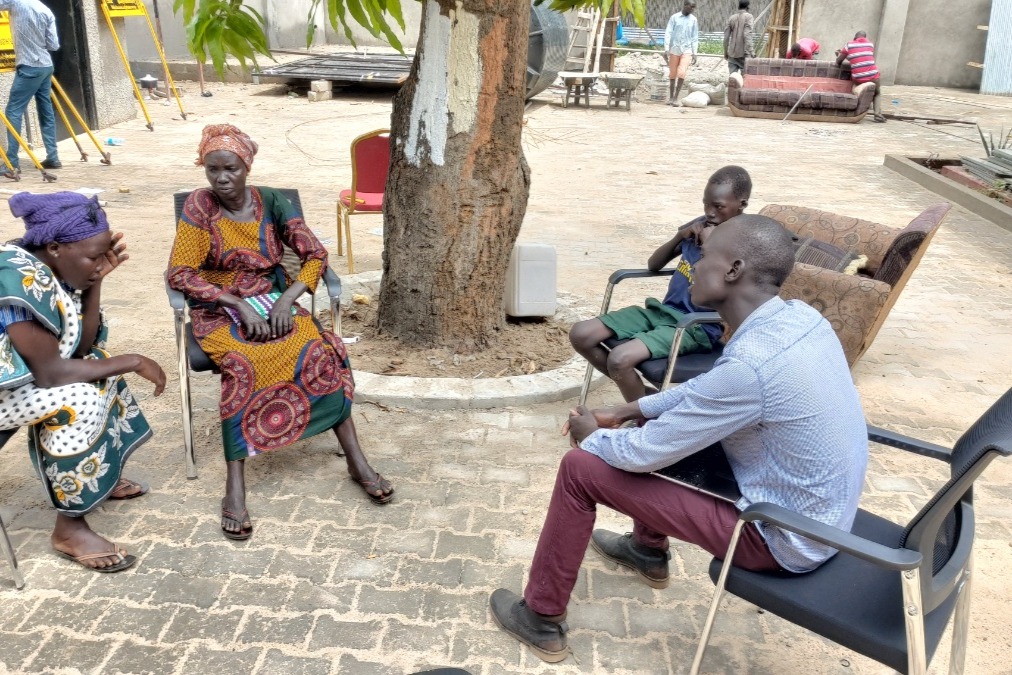 As many of you want to support, I have officially signed a consent agreement with the family for me to use the picture and the story to raise funds for him.

I know the internet has a short memory, and many of you will move on to the next thing. Before we know it, this boy will be out of your memory.

While we are here and many of you want to support him, please see below the info for support and donations.

We want to raise enough funds with a focus on providing full sponsorship to get him through primary and high school in a very conducive environment. If we have more funds, it will be good to give the mother some resources for her to stand on her own and take care of the family while James studies.

You only have the opportunity to donate to this project before Tuesday Dec 1, 11:59 pm UTC