Sarajevo is interesting and popular tourist destination, but unfortunately it does not have a place to store luggage. Tourists have to ask personnel of the accommodation to store their bags so they can spend more time in old part of the city. Quite often they refuse to store their bags as they do not have space designated for the luggage, and they do not want to be responsible for the other peoples luggage.

Funds that we raise would be used for business costs of running a luggage storage for the first year, and we believe that after initial year Luggage Storage Sarajevo would be able to earn enough money to be sustainable and also provide low cost service. We would be able to invest in advertisement in print form as we would provide flyers at every popular accommodation in Sarajevo, and also over social media.

It would be amazing if we could rise enough money until beginning of April.

Every person that donates more than 10 dollars will be able to store their bag in our Luggage Storage for a lifetime! and also receive free walking tour when they come to Sarajevo!

For a person that donates 1000 dollars or more we have prepared work of art consisted of tree separate paintings made by Muhamed Barucija under the name "Fall of Yugoslavia" as his contribution for our cause. 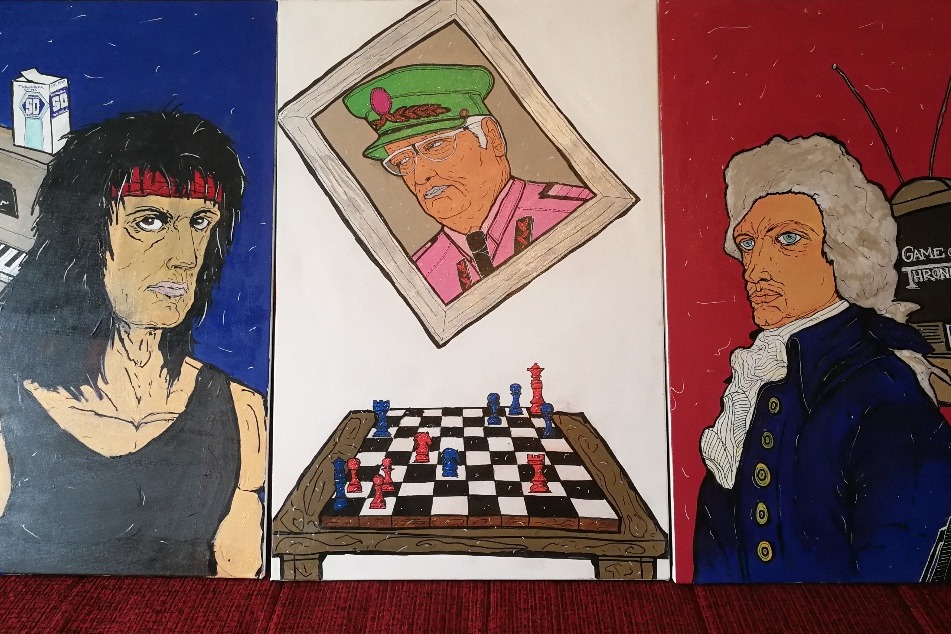