Before I get to the project itself, I'd like you to first imagine this scenario. You are standing in line for the lrt train at the station; it's hot and it's crowded. Then, just as the train arrives, you suddenly hear someone shout; a woman has just fallen on the tracks. She landed on the gap beside the train, resulting in a severed arm.

Now, the question is: what would you have done in that situation? Knowing full well that she could bleed to death.

Is it:
1. take pictures and videos to post on social media.
2. Get in on the gossip
3. Find someone who can help A person's life is worth every second.

And the clock is always ticking. Instead of wasting precious time , wouldn't it be easier if you had it in the palm of your hands and with just a click of a button?

Ladies and gentlemen, if you were given the opportunity to be a hero in your own way, would you take it? This is where Mayday comes in. Just open the app and activate the sos. Now to explain the Mayday app, it consist of two applications where the first is called Mayday:citizen which is for everyone then Mayday :hero for rescuers. Mayday has two features its first feature is you can use it to search for nearby emergency locations in your area and it will provide you with the fastest route. The second is the main feature. It's where you can activate distress signal which act like beacons that will alert nearby hero users, providing them the necessary information needed to decide whether they want to respond or not. If the hero chooses to accept they will receive the location of the beacon and receive the fastest route to the destination.


We would be adding an SOS feature and a chatbot AI . The SOS feature is where the app can send an sms to predefined trusted recipients as means to notify them that the person needs help, also the geolocation will be given to those trusted recipients for easy location tracking. Once the SMS is blasted, the app will make an automated call to 911 and/or to the recipients of the text one by one until a call is made. We are also developing an autopilot drone to help responder (heroes) to check the site and also help in rescuing on any emergency situation.

Our goal is to launch this FREE app for public used... We want this to be the most advance rescue app as possible that ever exist.

Our Initial running app won 2nd prize in Devcon Philippines hackathon 2018 and awarded as best in thesis 2018 in our school.

With the backers fund help we can continue our research and development implementing new tech like AI, Block-chain and Internet of things to deliver rescue service in the most advance way that accessible to anyone around the globe. 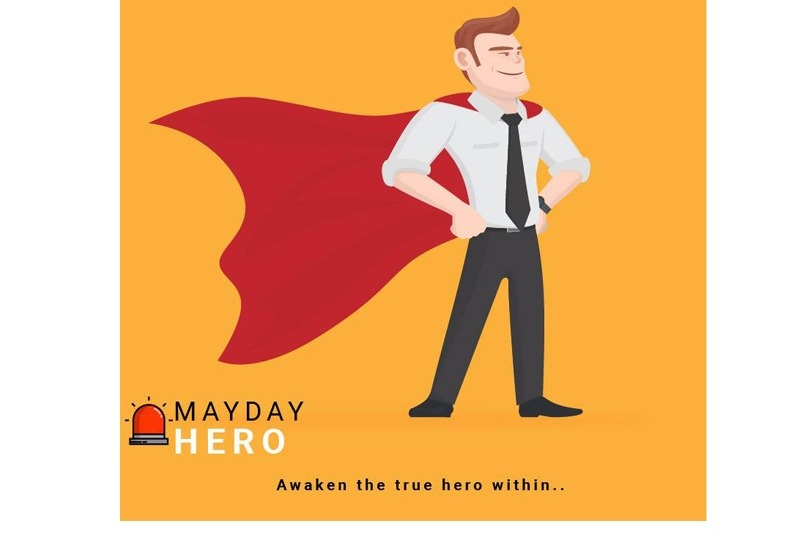