I am Lydee from Bohol and I am creating this gofundme account to help my one and only brother. My brother, Lourd was diagnosed with leukemia last december. Initially, he had blood in his feses of which we thought was just caused by his stomach ulcer that was diagnosed during his last confinement. Days after that he noticed a bluish mark on his arm that was not painful so he decided to have a laboratory check. It was then discovered that his platelets went down to 39 and his white blood doubled so he got confined again. His doctor adviced him to be transferred in cebu for a bone marrow test and there we were told that he has acute leukemia. He had a blood tranfusion days before Christmas last year because his blood stats kept on dropping down. His doctor in cebu adviced him for treatment and chemotherapy after his stats will normalize after tranfusion.

Currently he is already on his 2nd cycle of chemo therapy.. He’s responding pretty well of the treatments but sadly, our finances can’t cater it anymore especially that during his 1st cycle of chemo, he often gets hospitalized and transfused and the medical bills are really way too expensive. His protocol requires for him to have 8 months rigid chemo therapy and we’re still on the 2nd month and we are already in so much debt due to his treatment.

To anyone who is willing to give an extra hand, we will be so much grateful. He just turned 37 a few days ago and he still has 3 young children and he really is trying his very best to fight against his disease.

Attached are his lab results when he was first diagnosed of ALL. He had is bone marrow test last week and was found with no more blast but as per protocol, he has to continue his chemo therapy to prevent having relapses. We already have spent a million peso in the past 2 months of his treatment so we are already seeking help this time because we are already losing our resources. Thank you so much and may God bless your kind hearts. 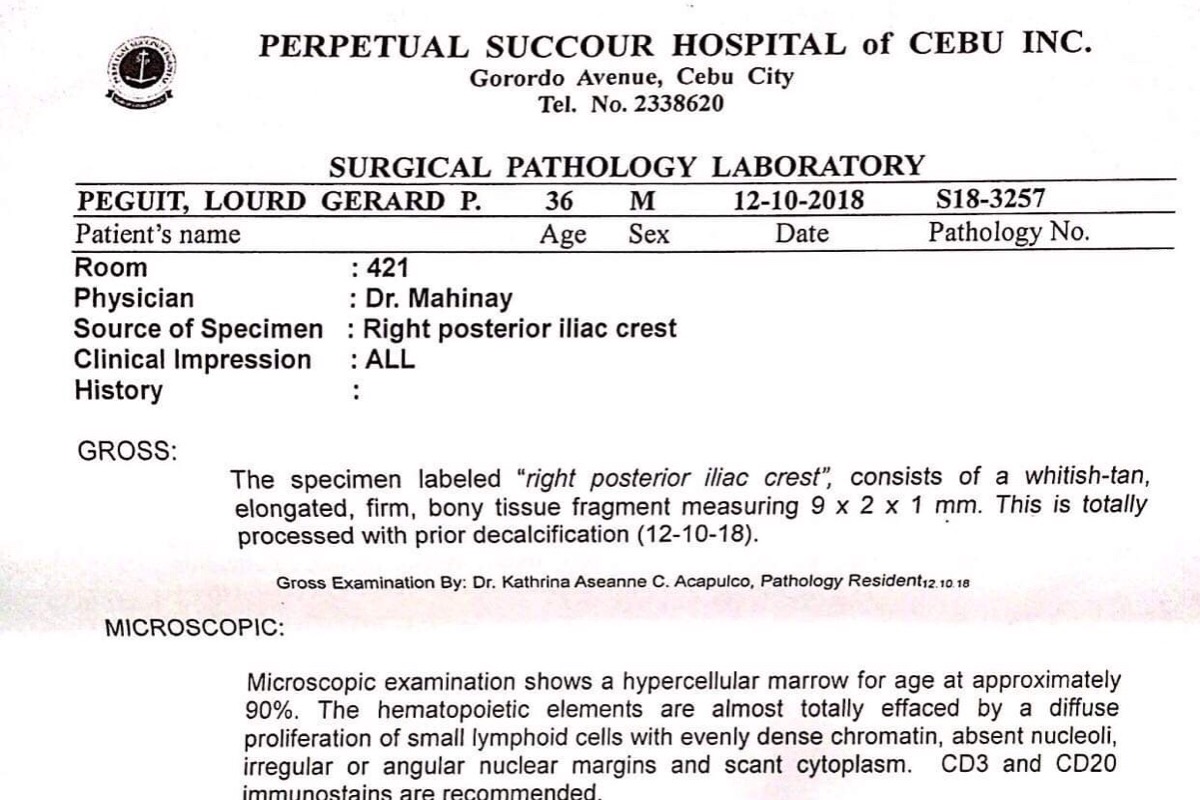 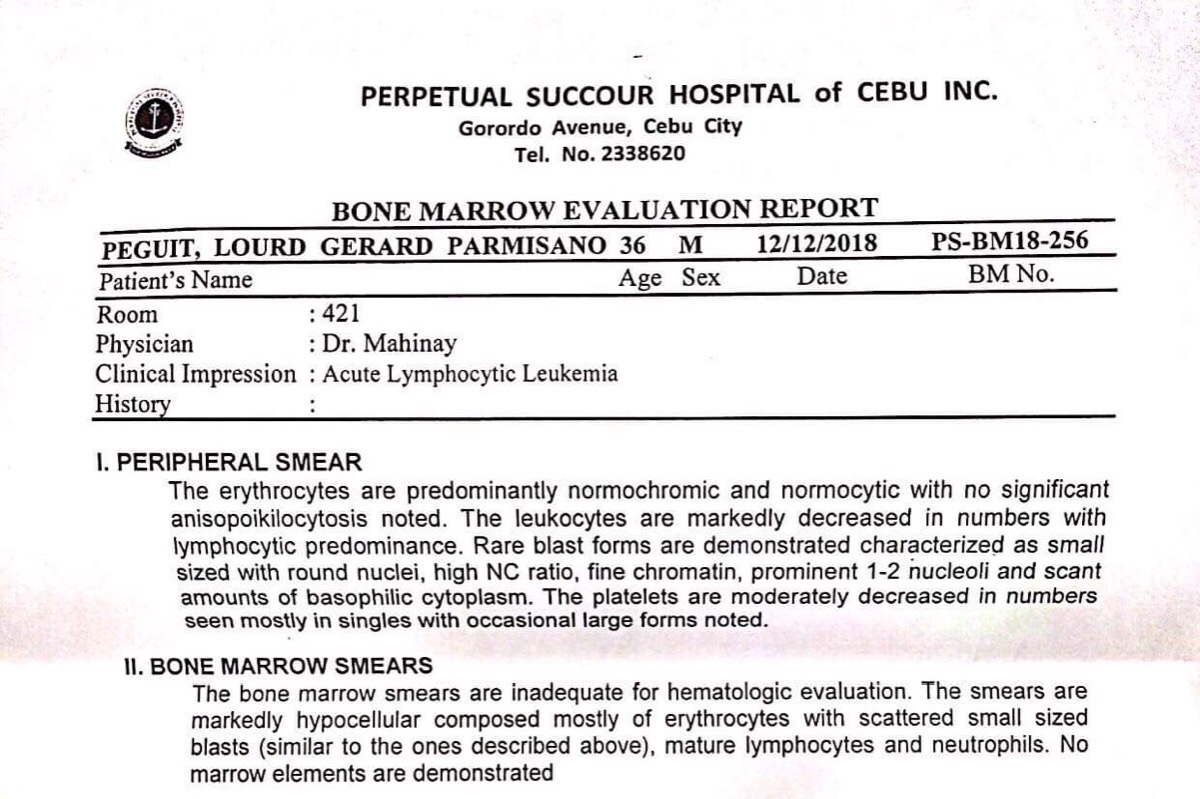