I named her Odin because I only get to know she was a female hours after meeting her, and I wanted that cat to be named after something strong.

She was probably abandoned by her owner after being hit by a car: she was found wrapped in a dirty towel with a fistful of cat food beside her.
The vet said she had been hit 2 or 3 days prior to us finding her! Which means she was in pain and unable to move this whole time!!

Odin was run over by a car and left to die in front of a store beside my house. Me and other animal rescuers found her early in the morning of August 25th, after hours and hours looking for the source of a faint but insistent meowing.

I promptly took her to a vet clinic I trust, as I figure the cat was in great pain. After running blood tests, an x-ray, and an ultrasound, the vet diagnosed her with a fracture on her front right "arm"(both her right radius and ulna were broken). Besides that, she's got a concussion on the spine, which will heal with enough rest but is preventing her from standing up at the moment. According to the exams' results, all her other functions seem fine. But then 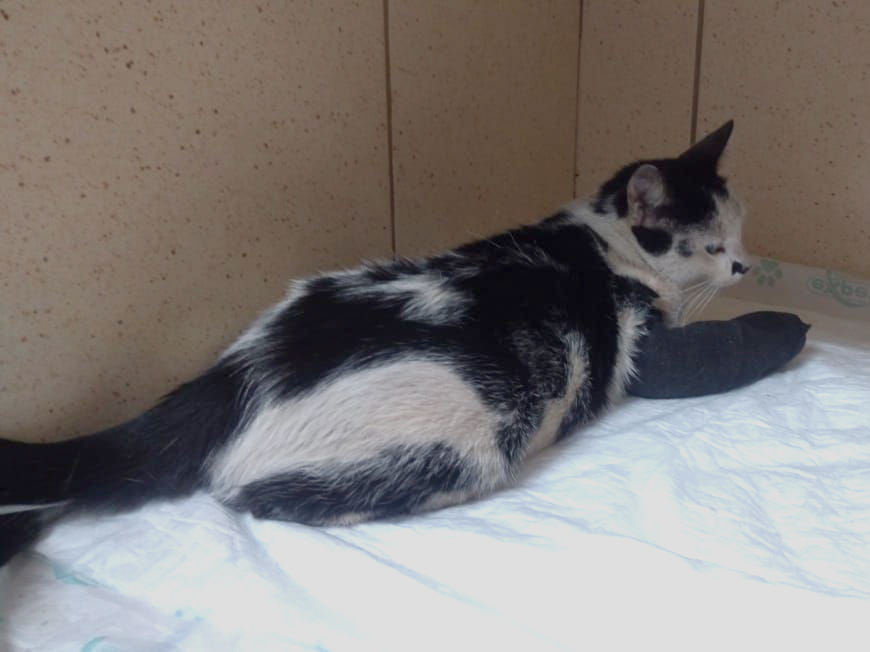 She needs surgery to fix her right arm!!! She has to stay in the vet clinic until she's is in good shape for surgery (she's dehydrated, she's not eating or drinking water as well). The cost for all the procedures is 400USD and we, as animal rescuers, have to resort to crowdfunding to afford her treatment.

The other rescuers want to transfer her asap to a cheaper vet clinic, which despite being cheaper, it is usually crowded and thus takes a lot time to get an appointment, usually from 5 to 6 hours.

If we are able to read the goal by tomorrow, August 26th, we won't need to transfer her and she will be treated in the fasted and comfiest way possible!!

Thanks a lot, every action helps!

Great news! Fortunately, we found Odin's owners, who were also looking for him. And as it turns out, Odin's real name is Adolf and he's actually a male. He's undergone surgery and is recovering well at his own home, with his family. The owner's covered all the costs for his treatment, so I'll be returning the money to everyone who has donated. Thanks to everyone who took part in this! Great news! Fortunately, we found Odin's owners, who were also looking for him. And as it turns out, Odin's real name is Adolf and he's actually a male. He's undergone surgery and is recovering well at his own home, with his family. The owner's cover…