My journey to Yale…

Hello to whomever is reading this,

I am now just a 14 year old with a dream and this trip helps me pursue that dream so I have created this campaign to raise funds of about 1800 Dollars for a trip to Melbourne, but this isn't any ordinary trip you see. I am going for an academic Olympiad called World Scholars Cup. In this we are given 6 subjects to study and then we are tested on them through debating, creative writing and a massive test called the challenge (it really is a challenge).

It would be awesome if you could donate even $1 because it will still bring me closer to my goal. The cost for travel, visas, and entry ticket is estimated at $1850.00 I would like to appeal to you as business owners and individuals for sponsorship.

Last year i was was fortunate that the Global round took part in my country South Africa and form there I qualified to go to the Tournament of Champions held at Yale University.

Having worked hard individually and with my team, we did exceptionally well. Especially considering I was 13 at the time and took part in the senior division. 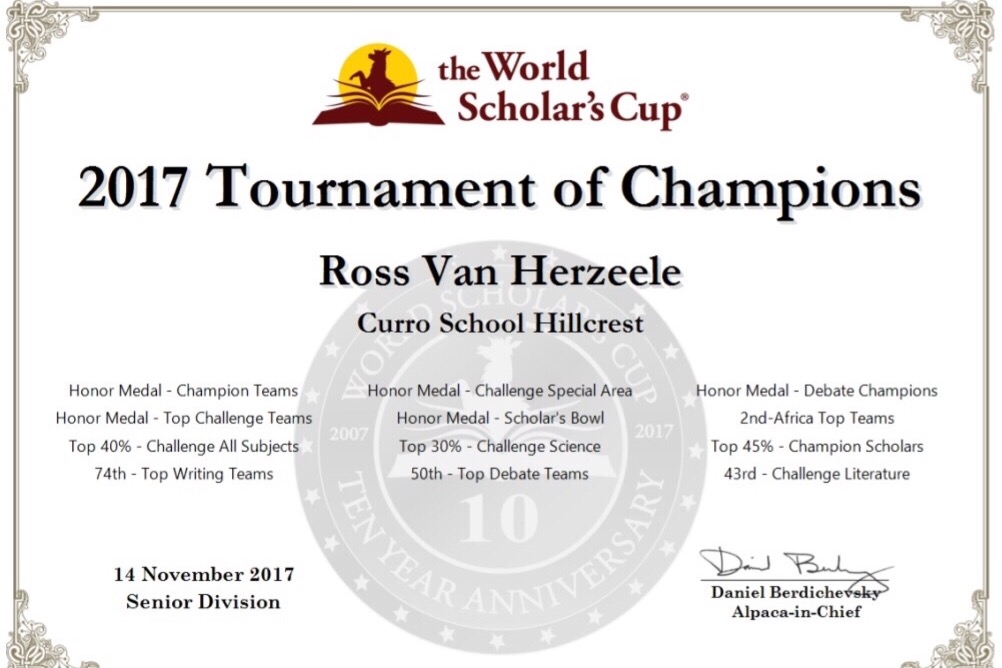 My in January 2017, I told my parents that I want to go to Yale University- 11 months later with some luck, great support from those who know me and those who don’t, and a whole lot of hard work; I had found a way to be walking the halls of Yale.

My dream one day, in the not to distant future is to actually attend Yale University as a student. Your sponsorship will take me one step closer.

Thanking you in anticipation.

Congratulations Ross, we hope that you will make all your dreams come true, kisses from Belgium and your family from Liège : Christiane, Cédric, Claire and Charlie.