Medical Fund for AJ and Lyca 
Hello heroes, given out another update after 2 years of making this fund raiser. Thank you to everyone that has support us up untl now. It has been a roller coaster since our last update.

Baby AJ had his 1st and 2nd birthday -


Hello everyone. My name is Julius. I would just like to share my son and partner's story.

Alexander James "AJ" Borres was born on May 15, 2017. After the initial check up, he was told to be a normal, healthy baby by his Pediatrician.

After two weeks, like other babies, AJ had jaundice. This condition manifests in the yellowing of the skin and eyes of babies and usually goes away after a few days.

During our monthly checkup, AJ still had yellowish skin and eyes. This made our pedia worry and asked about the color of his Poop. As she learned about AJ's acholic (White) or pale poop, she made us do lab tests. Upon receiving the lab tests, our pediatrician recommended we go see a gastroenterologist.

The gastroenterologist made us do more work ups and lab tests. After every new lab test, more and more possibilities are ruled out. Down to two possibilities, one of them was a condition know as Biliary Atresia.

Biliary Atresia is a rare condition, happens in 1 out of 5000 babies in Asia. With this sickness, the bile ducts are blocked or absent in the liver. Bile ducts are passage way of bile - this is meant to exit the liver. When bile stays in the liver, it causes similar damage to what alcohol does to our liver. Without the proper passage way, Biliary Atresia babies are faced with liver damage, which is fatal if left unchecked.

The only cure to this condition is a Kasai Operation and Liver Transpant.

During the biopsy operation, to find out if AJ had Biliary Atresia, his surgeon had identified and confirmed that he indeed had this condition and proceeded to the Kasai Operation. It was a 3-4 hour operation.

He stayed in the Intensive Care Unit for about 1 week and transferred to a private room. All this time the only thing we could do for our son is to keep praying and give him comfort. It was the most heartbreaking thing to see your son having all of these medical life support attached to him. We could feel how weak he was due to the operation. 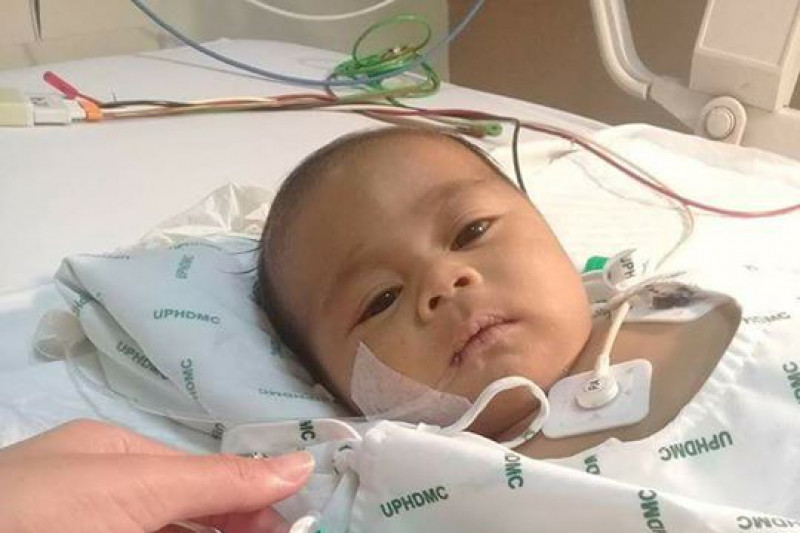 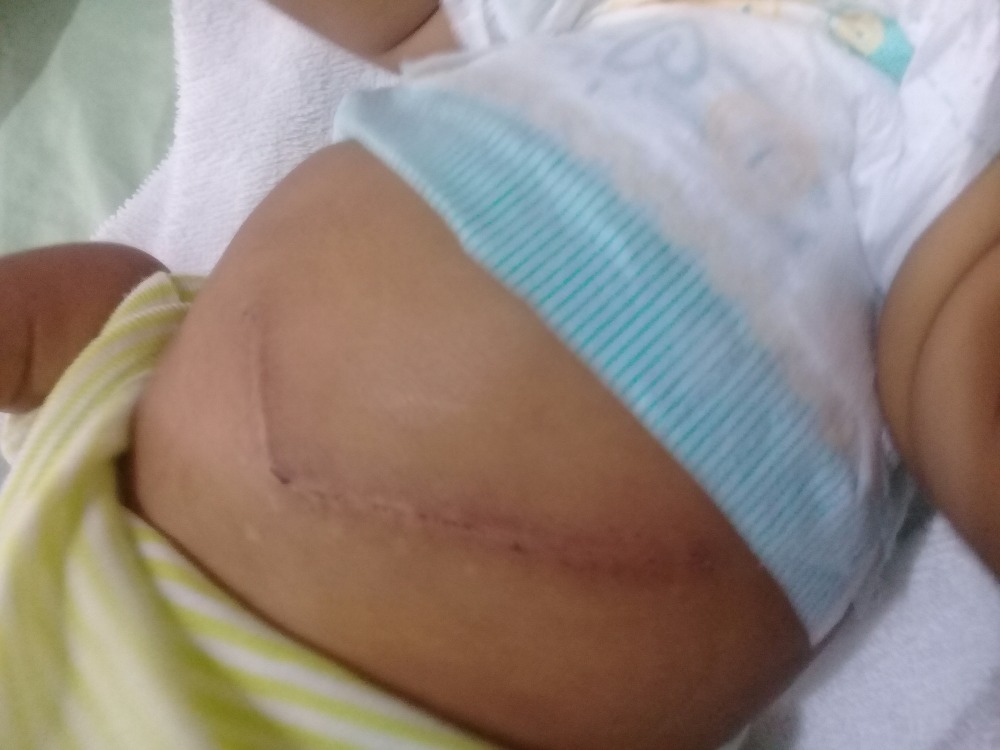 After his 2 weeks stay in the hospital, he was discharged and tried to recover at home. A few weeks later, he was a bit more happy and cheerful. He shown more of his responsive and playful side that we did not get to see before. 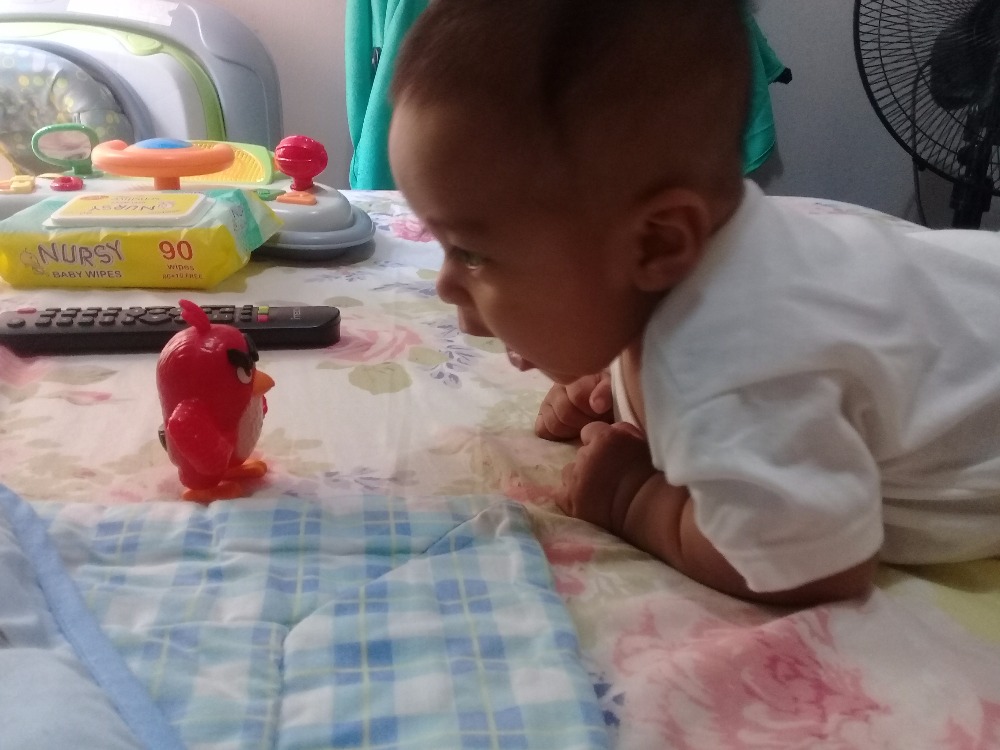 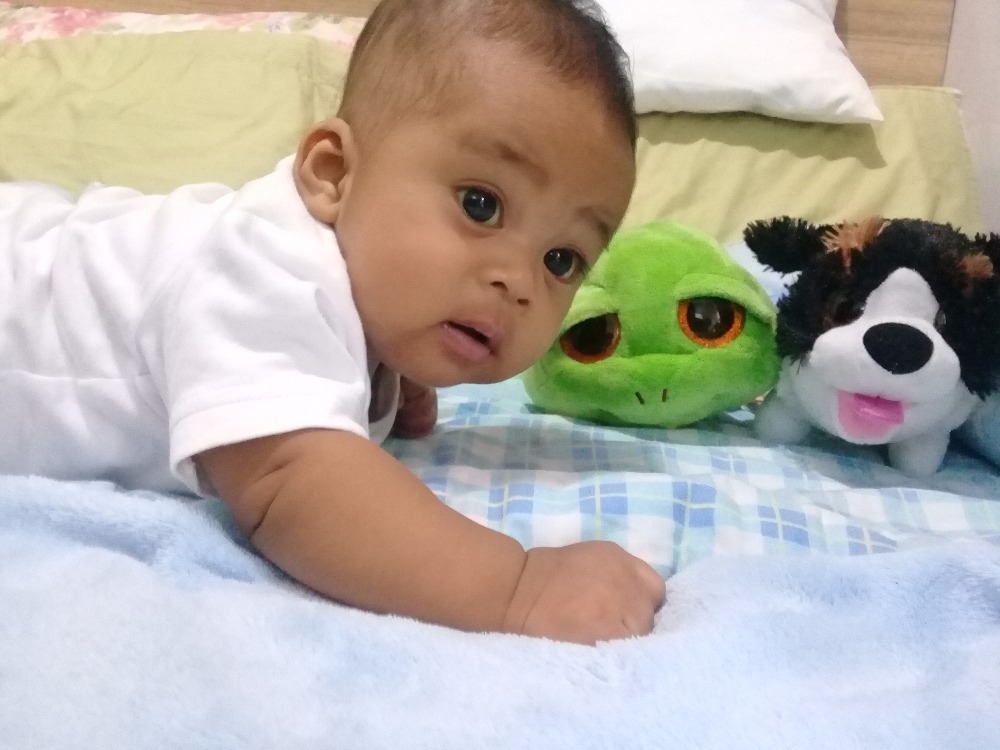 Fast forwarding 3 months later, although there were improvements in his bilirubin, it was still far from the normal levels. Bilirubin is found in the blood and measures how the liver fares in releasing bile. According to the doctors, Kasai Operation is only an attempt to salvage the native liver and AJ will require a Liver Transplant in the future. Due to the slow improvements with AJ's liver since the Kasai Operation, we are afraid the transplant may come sooner than expected.

In addition to this, during AJ's confinement in the hospital, his mother Lyca had a seizure attack. After being rushed to the emergency room, the ER doctor requested a CT scan to see the root cause of her seizure. It was found that there was a mass on the left side of her brain. An MRI test was also done afterwards and it indeed confirm that there was a mass that caused her seizures. 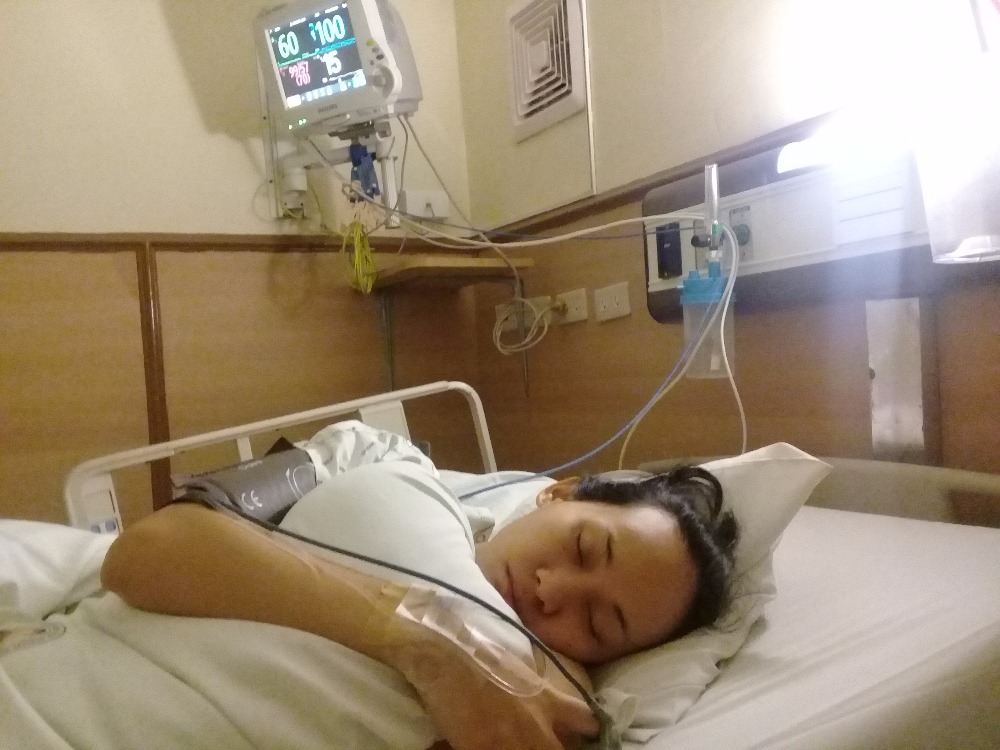 According to her neurosurgeon, Lyca needs to undergo a brain biopsy to further know the state of the mass inside her brain as well as to remove as much as they can to prevent the seizure attacks. During this Lyca, along with AJ, was both confined in the same hospital. AJ was in a room on the 3rd floor and Lyca was in the intensive care unit on the 4th floor. With both of them outside and recovering, we are trying to gain funds for both of their medical needs.

Me and Lyca came from a humble family background, nothing notable to show but our education. Our family's savings has already been exhausted since the Kasai Operation costed us more than P400,000. In addition to that, the cost of the supporting medicine and Lyca's confinement and laboratory tests.

Going through a liver transplant alone in itself is a big challenge to AJ's body. Adding to that, the procedure is very expensive. In the Philippines, there are only a two hospitals that can perform this transplant. We were told that it would need at least 4 million pesos or $80,000.

In Lyca's case, the brain biopsy would cost P200,000 more or less. That is excluding the additional treatment thereafter.

Our family is running out of options. This is why I made this page for both of them. Hopefully our network of friends, family, and generous strangers could at least help us reach this goal.

Please help us save them. As mother and child, AJ and Lyca needs financial support to help them fight their sickness.

Whatever happens I wish this story has somewhat contributed in spreading awareness about Biliary Atresia. We are one story of many others that suffer like AJ.

Our family remains faithful that the Lord will not abandon us through this though time. We are also blessed with wonderful people around us. Many relatives and friends have already helped their cause, they know who they are. In hopes of continuing this, the page is created to reach out to more of our friends and family and other networks as well. Please help us support their fight.

Before I start I just wanted to thank everyone that has shown their support to AJ and Lyca. To the family members, friends, my co-workers in Fujitsu, Chateau Community, and the kind strangers that offered their prayers and financial support, no words can express my gratitude. I did not expect everyone to be so supportive. It keeps us going everyday knowing that we are not alone in this fight.

As for the current status of AJ, our fear of the Kasai Operation failing became a reality. It was confirmed by AJ's Gastroenterologist during his bi-monthly checkup on December 2017. His Laboratory results supported this statement since his Bilirubin levels has not dropped to normal levels after the 3 month lead time given after the operation. It was devastating to hear since this would mean that the only option to save AJ is to perform a Liver Transplant Operation as soon as possible. The yellowing of skin and eyes has returned to an extent because of the failure. According to the requested Quotation from Apollo Hospital in New Delhi, India the Transplant would cost us $33,000.00 or roughtly 1.8 million pesos. Knowing that we had to raise that big amount we started to try and reach out to everyone. Aside from cash donations we also did fundraising activities such as selling fundraising shirts and selling of raffle tickets. Despite our efforts, the fund is still a long ways to go from getting to the target. The cost of AJ's maintenance medicine, weekly checkups with 2 doctors, and frequent laboratory tests, and special formula that costs 1,200 pesos good for 2 days is really hampering our capabilities of adding to the fund. A lot still needs to be done. We just recently acquired 100 more shirts and is planning to do more and reach out to some possible sponsors since at this rate AJ might not be able to have his much needed transplant on his 1st birthday during the 3rd week of May. Even if the amount seems too high I still think we have a chance to pull through. We have a few foundations and people to go to lined up but it is hard to just rely on that. That is why we are giving it another go with this campaign. The previous help that everyone has shown us has given us hope. We still have a long way to go but with everyone's support we might just make it. Thank you again guys, I'll update again when more news comes up.