Hello Friends! I hope all of you are well. I come to you in dire need of help. 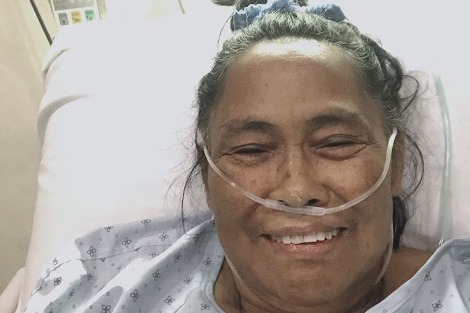 In February of this year (2019), my mother Flordeliza (Mama Deling) was diagnosed with Primary Peritoneal Cancer. This came after several rounds of tests trying to identify what’s going with her. Her tummy was overly bloated, she had difficulty breathing, and was getting weaker and weaker. The doctors had to rule out many other things before they finally came to the diagnosis. It was cancer. (A year prior to this, she already had total abdominal hysterectomy with bilateral salpingo-oophorectomy (TAH-BSO) because of a tumor found in her uterus.)

We were advised to do chemo right away. Initially, my mom resisted chemotherapy. Despite our efforts of convincing her to undergo treatment, she hesitated due to her fears of the impact it might have on her body given her age. She is now in her 60s. Also, she thought that the overwhelming cost might be too much for me to bear. As the only son, I am now the sole breadwinner of the family after my mother retired from work.

Nevertheless, when she was rushed to the ICU in late March and spent 10 days there, she had no choice. We had to do chemo. I wanted her to do chemo as it was our only hope. We almost lost her and I didn't want that to happen again.

We started chemotherapy in April. My Mom has had 4 chemo sessions already. 4 out of possibly 6. After each session, she really gets super weak and her WBC, hemoglobin, and platelet results get really low. I thought the third round was the most difficult as she complained about extreme fatigue, as if she’s been run over by a truck, and she had to be confined due to sepsis and pneumonia. She also had febrile neutropenia, and bouts of asthma and severe diarrhea. She’s had 6 blood transfusions already. We thought that was the worst but after her 4th chemo, she was back in the hospital due to difficulty breathing, severe coughing (she’s always out of breath), and there’s fluid found in her lungs.

She's now in the ICU as her heartbeat has been erratic and the doctors want to closely monitor her condition.

Please pray for me as well. Pray for strength and patience for me. It’s been crazy dealing with this on my own. I’ve had to take a leave from work to attend to her. Dealing with cancer is a also mental struggle. I’m so angry at this whole situation but also accepting of the fact that it is what it is. And as the sole breadwinner of my family, it’s really my responsibility and no one else’s.

But I’m at the end of my rope financially. And I'm asking for help.

I'm trying to raise funds to pay for my Mom’s medical bills but cancer is a very expensive monster to deal with. Our hospital bills have been piling up and her medicines are really expensive.

Honestly, we have run out of resources. I have run out. My mom’s entire retirement fund has been fully used up as well as my life savings. My family is doing all we can but we are now really depleted.

I knock on your hearts. Any help, any amount, will really go a long way. I don't know how long we can keep her in the ICU as it is expensive to keep her there and we simply just don't have the cash anymore.

If you can or know anyone who can extend us a little help, please share my message to them. You may donate here, through this gogetfunding page via paypal or credit card or it is preferred that you deposit directly through the BPI account below as gogetfunding takes 12% of the donated money.

or you may use the Bank of Philippine Islands (BPI) QR Code below to transfer cash for free. 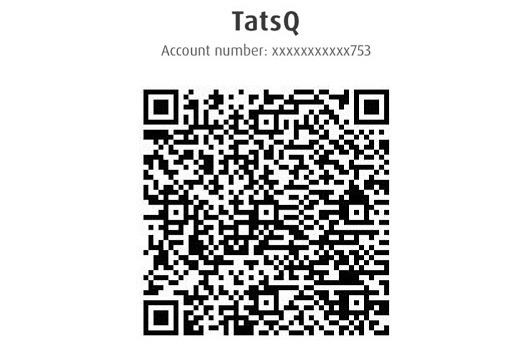 You may also send cheques or cash to

My family will be forever grateful. Thank you very much. Thank you, thank you.

Do keep us in your prayers.

An Update on Mom
Update posted by RALPH JACINTO QUIBLAT On Sep 01, 2019

She spent almost a month in the ICU around June-July. On the first week of July, Mom’s Doctors called me for a conversation, the kind we never really want to have. I was told that they could no longer do anything in the hospital. Mom’s body has become so weak, the chemotherapy has to be discontinued. She’s had 4 sessions already. She has 2 more sessions to complete. There have been a few complications. Her heartbeat has been erratic and her heart seems to be overworking. There was fluid in her lungs. Mom had difficulty breathing and one of the Doctors suspected that the cancer may have already spread to her lungs.

The doctors’ suggestion was for Mom to be brought home and just do palliative care. I was also told that three months might already be a long time and that we should begin the process of accepting Mom’s fate.

This was the hardest day. On July 8, Mom left the ICU and on July 10 we brought here home. At this point, Mom has become very weak. She no longer speaks and barely eats. She also no longer wants to see people other than immediate family. She just sleeps the entire time. She didn’t want to go home to our house in CDO and insisted we bring her to our house in Camiguin. That we did. We arranged for an ambulance to bring her to the island. We set out to travel at dawn on July 10. The trip consisted of a 1 hour land trip and a 45 minute ferry ride.

I was already out of sorts and breaking down inside while on this trip. I was a mix of despair, surrender, anguish, and fear. Mom was asleep en route. She woke up once on the ferry and complained about getting sea sick.

As if on cue and by a stroke of God’s grace, the moment we docked on the port in Camiguin, Mom woke up, removed her oxygen support and said she no longer needed it as she could already breathe normally. We insisted to keep it on but she was adamant on being allowed to breathe normally without support. We obliged. Ever since she arrived on the island, her two tanks of oxygen on standby has never been used. Which was a stark contrast to just 24 hours earlier when she could not breathe without oxygen support.

The first week in the island went by so slowly. She mainly slept this first week. On the 2nd week, she started asking to be assisted to sit on the wheelchair and be pushed around the house. She has also started asking for her favourite fruits and has doubled her consumption of milk.

On the third week, she started standing up and asked to be assisted as she attempted to walk. She could barely make 1 step and had to sit right away.

On the fourth week, she could already speak lengthily and carry a conversation. She even attempted to sing on the karaoke once but could not finish her song. Her face has also brightened up and she now smiles a lot. There are growths of white baby hair now on her scalp.

As the days went on, she could now stand up on her own but with ready assistance. She cannot hold a standing position yet. She can now finish a song or even 2 songs on the karaoke. We brought her to the beach once to walk on the sand. Her bowel movement has normalized as well. She has gained a little weight but fortunately, her stomach has remained the same size since the last time she had paracentesis in June.

We would like to believe that she’s recovering. She been smiling a lot these days and eating a lot as well. Her vitals have been consistently normal. If this is what a miracle is like, then we’ll take these miracles one day at a time.

We’re bringing her in for a routine check up and lab tests at the end of this month. She has no complaints except that her legs have atrophied and so she couldn’t really walk without assistance. We’re hoping that the cancer has miraculously vanished and that she is in her way towards being 100% cancer free. Please continue praying for my Mom. We need all the prayers and support we can get.

I have since returned to work although I go home on weekends and holidays to Camiguin. There is a direct flight from Manila to Camiguin that flies almost daily. I try to be with My Mom as often as I can because it seems that she’s in a better disposition when I’m around. If not for work, I'd still be home with her right now, this entire time. But I need to go back to work. We need the money.

It seems that she’s recovering. We’d like to believe that she’s recovering although we have yet to see the lab results. Nevertheless, Mom’s is happy, eating, talking, and sleeping well. She believes she’s healed and we are one with her. Deep in my heart I know it’s still a long way but we’ll get there one struggling but happy day at a time.

Thank you very much for all your support. We are getting by because of the generosity you have shown my family. We are still scraping by financially as the cost of everyday maintenance medication including keeping the caregivers is still very challenging for us.

Thank you very much. We are not yet out of the woods but there has been some clearing. Keep us still in your prayers. We will get there by God’s grace and mercy.

(We would still appreciate whatever amount you can extend our family. For those still willing to donate, you may deposit through BPI Bank Account No 3089-1617-53.)

By God's healing love and mercy, Mom will be healed.

Hi Sir Tats, I do hope that you seek the strength within you to overcome this monumental challenge. Always remember that you will never be alone in this fight. Always praying for your family!

One with you in prayers!

Stay strong Tatot! We are praying for you and your family x Hope this small amount can help.

We'll include you and your mom in our prayers. Stay strong.

Stay strong Sir Tats. Praying for you and your family.

On behalf of the Azada family An Update on Mom

Hello Friends. A little update on Mom. She spent almost a month in the ICU around June-July. On the first week of July, Mom’s Doctors called me for a conversation, the kind we never really want to have. I was told that they could no longer do anythi…

Hi Sir Tats, I do hope that you seek the strength within you to overcome this monumental challenge. Always remember that you will never be alone in this fight. Always praying for your family!

One with you in prayers!