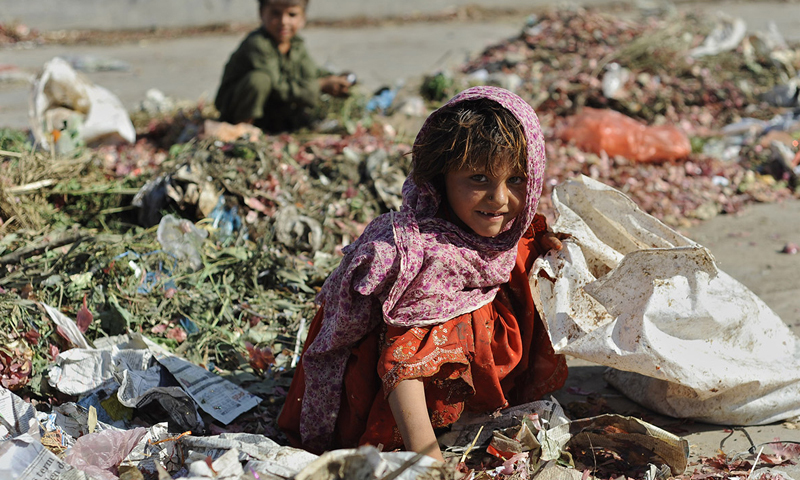 Poverty in Pakistan has fallen dramatically, independent bodies supported estimates of a considerable fall in the statistic by the 2007-08 fiscal year, when it was estimated that 17.2% of the total population lived below the poverty line.[1] The declining trend in poverty as seen in the country during the 1970s and 1980s was reversed in the 1990s by poor federal policies and rampant corruption. [2] This phenomenon has been referred to as the "poverty bomb".[3] In 2001, the government was assisted by the International Monetary Fund (IMF) in preparing the Interim Poverty Reduction Strategy Paper that suggests guidelines to reduce poverty in the country

According to a report submitted by Ministry of Planning and Development in the National Assembly of Pakistan, about 29.5% Pakistani lived below the poverty line which translates into 55 million people. [5] As of 2017, Pakistan's Human Development Index (HDI) is 0.562, significantly lower than Bangladesh's HDI, which is 0.608. Bangladesh was formerly another part of the country and had a much lower HDI. Pakistan's HDI is one of the lowest in South Asia, after Yemen, Afghanistan and Syria