Help Petra, the dog we rescued in Petra, Jordan

This event happened on 2nd December 2019. We were visiting Petra in Jordan, one of the 7 Wonders of the World, when we saw this severely wounded dog and we stopped to help. We named her Petra and this is part of her story. 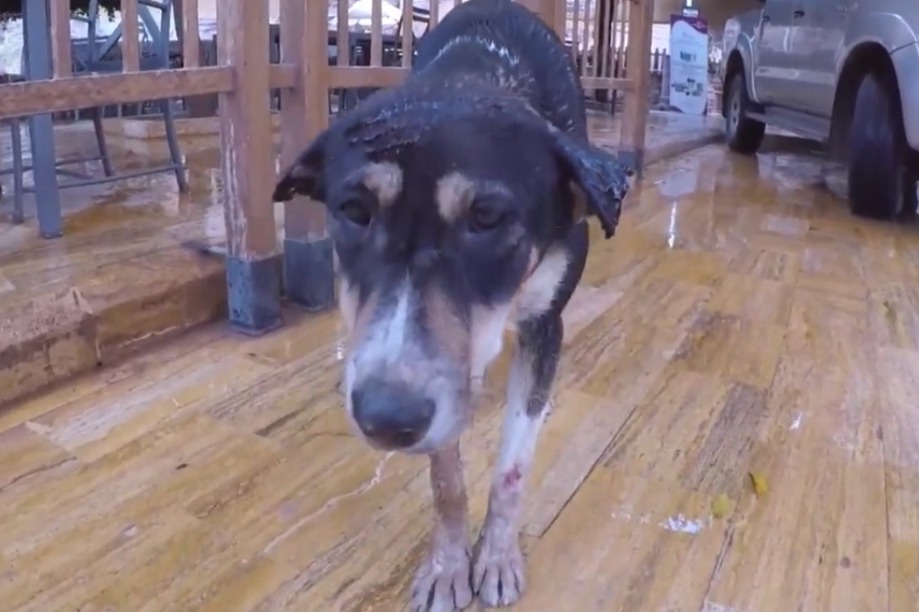 She had both ears cuted off, was weak, bleeding and disoriented. We tried to ask for help but no one cared. We went to the First Aid and asked for materials to clean the wounds. She was felling a lot of pain and vomited during the procedure. We were able to make a bandage. She didn't want food or water. 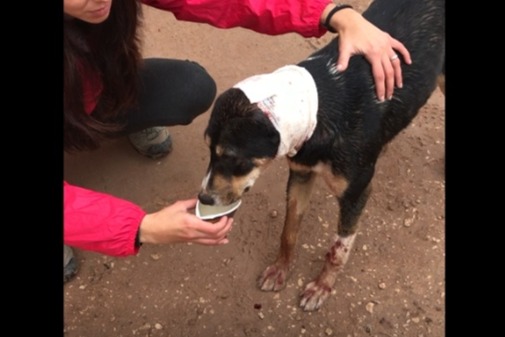 She wandered until she lay down and rested for a few hours. We were confused and didn't know what to do. So we saw a phrase in the park brochure asking to report mistreated animals and decided to report to the police. A policeman came, called someone and passed me the phone. The man said that an ambulance would come and they would take her to the vet.

He said that I could continue my visit and make a complaint at the Visitor Center. We waited for the car that never came. The officer called again and insisted that we continue the visit. We didn't move. After some time, the policeman went back to the car.

Without help, we decided to take her and walk all the way back. She was brave and walked almost 2km until the main attraction. And then the officer recognized us walking with the dog and called us. He asked our documents, took a picture of the passport and said again that we could go to the visitor center. We felt overwhelmed.

At this point she was weaker and couldn't walk. So we took her in our arms. Hundreds of people saw what happened. Almost no one asked if we needed help. Except for some. Sandra and Alain stayed with us all the way back from there. Alain and Charles took turns carrying her another 2km uphill.

Until we arrived at the vet that takes care of the working animals. The doctor was very attentive, giving her some medication. But we didn't have where to stay with her. So Alain and Sandra helped us taking her to Amman, 3 hours away by car.

An NGO could take care of her but the reception was closed during the night. And two friends welcomed us to their house. She slept the whole night and was still very weak. She was not eating but started to drink water.

In the morning we took her to the NGO. We called a taxi from an app and explained we had a dog. At first he accepted but then left us in the middle of the street. The second taxi didn't stop. So we stopped a taxi in the street and he took us.

We finally arrived at the NGO, The Humane Center for Animal Welfare. The vet started the medical procedures. And now she is recovering from everything that she has been through. 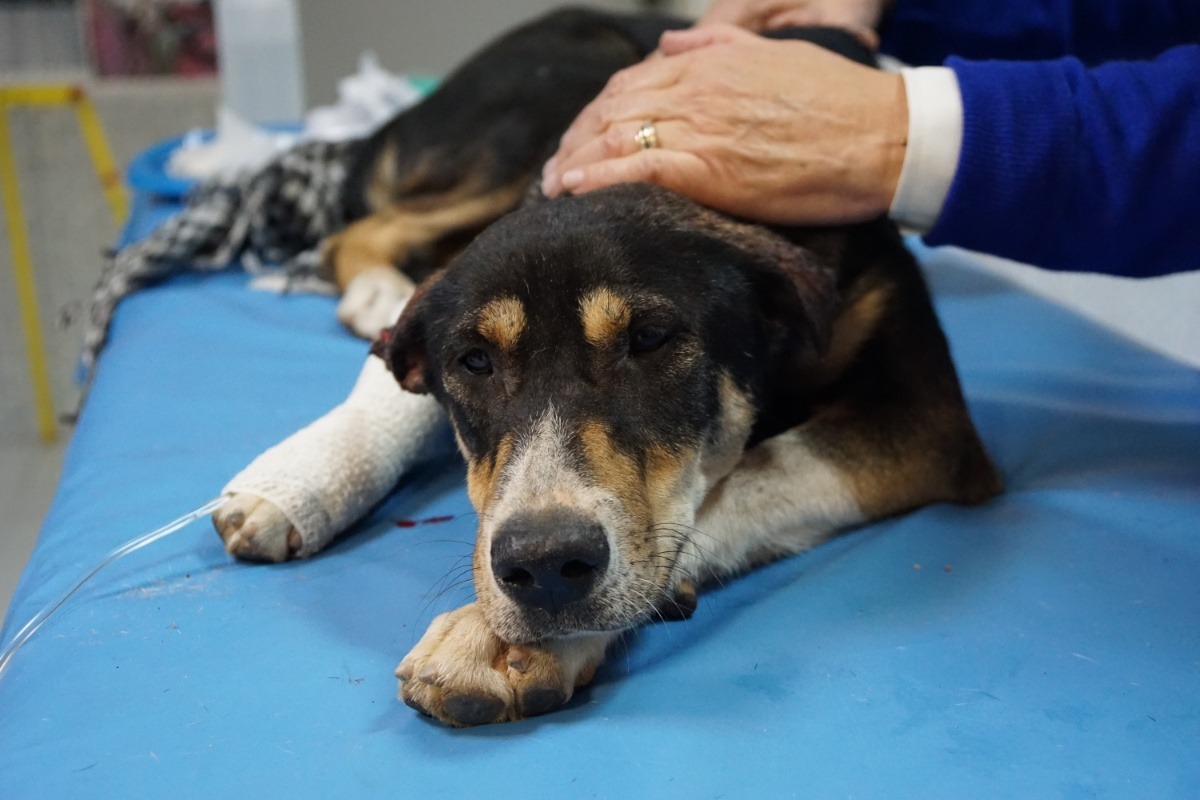 Petra is now recovering well due to the amazing job of The Humane Center for Animal Welfare. Help spread the word about what happened and let's help Petra to recover and find a new home. 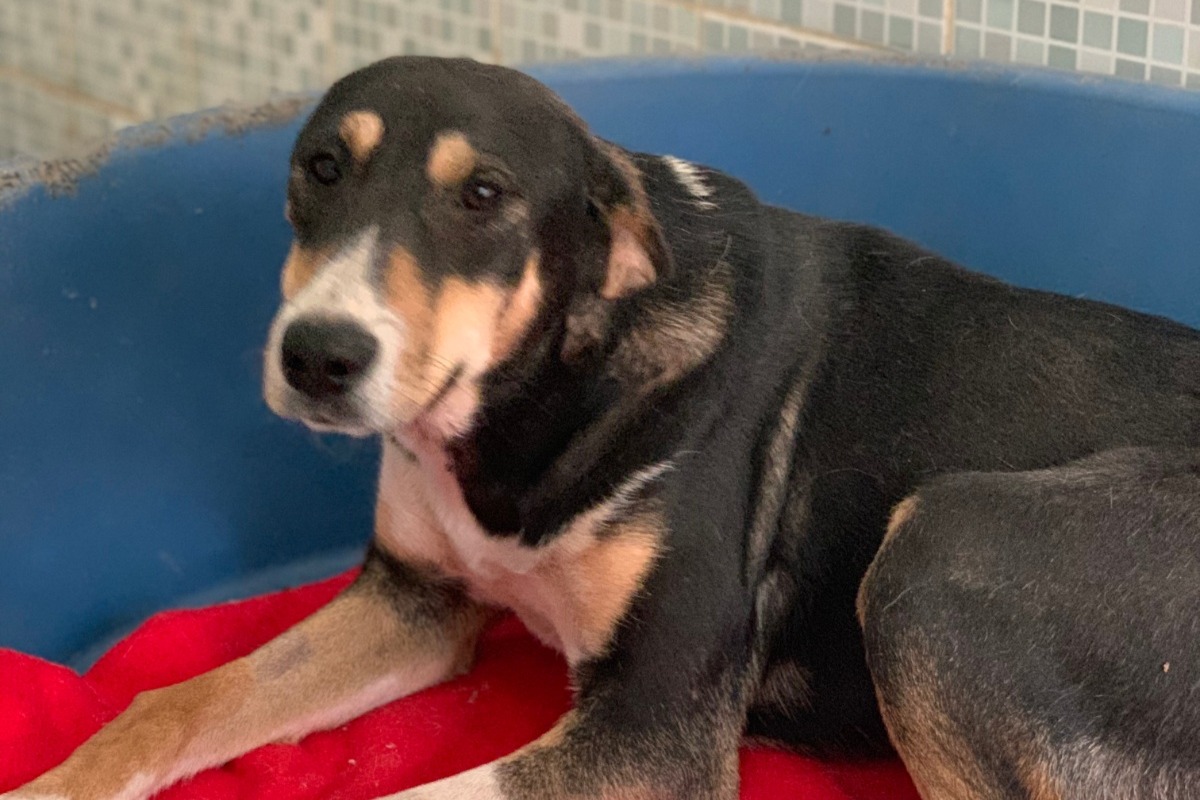 The amount collected will be entirely donated to the institution. Accountability will be posted on our Instagram profile @casaldemochilao

Thank you for the support!

"We can be heroes, just for one day"

OBS: We have created also another fundraising spetially for Brazilians to help: http://vaka.me/827817

You only have the opportunity to donate to this project before Wednesday Feb 12, 11:59 pm UTC