Between the 23rd and 24th of February 2019, the largest storm in decades hit the Maltese Islands. Whereas the majority were lucky enough to escape the torrential weather with little more than it being a hefty inconvenience, one particular business owner in St. Paul's Bay lost everything.

We do not know this individual - whether s/he is a saint, or a crook - and we have absolutely no ties to him/her. However, we were absolutely disgusted by the way the local media (Lovin Malta article and Times of Malta article), very indelicately, handled this person's dismay. 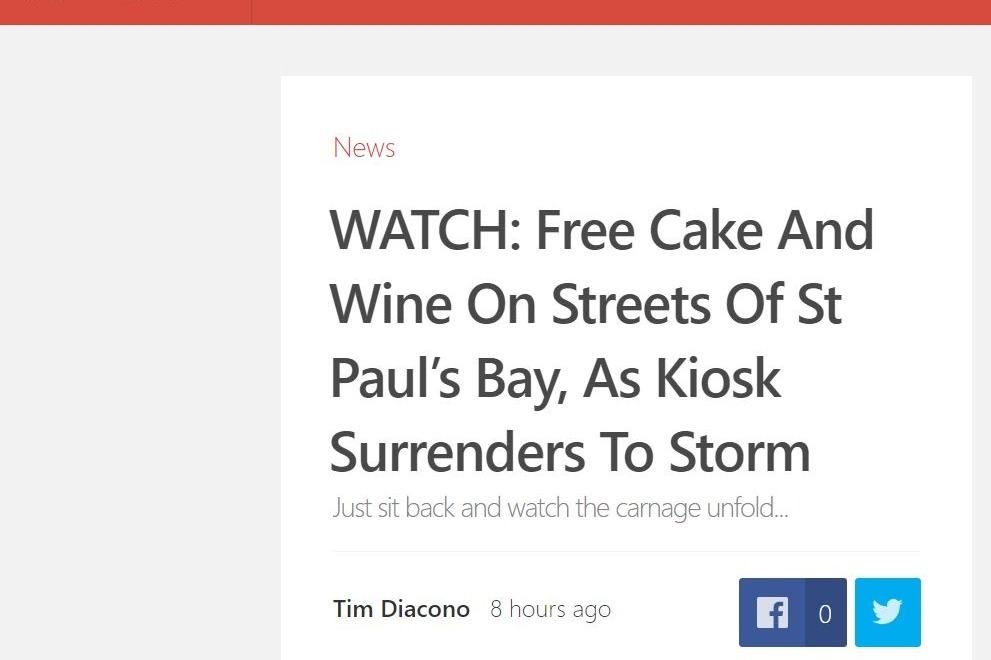 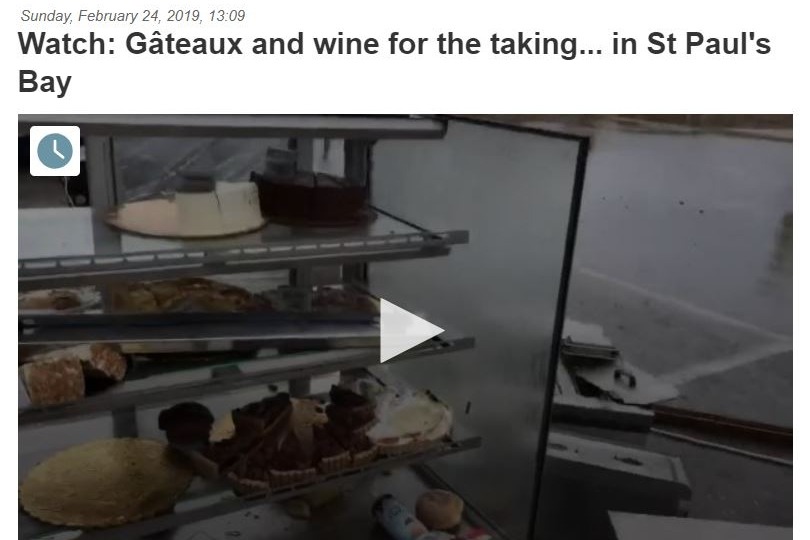 In both articles above, you may see how this person's tragedy was handled by the media in Malta - so much so, that they actually (even if jokingly) encouraged looting of his goods that were scattered all over the square after the storm,

We feel like clickbait is not a good enough excuse to be lenient on morality, and feel like this person, whoever s/he is must be devastated at losing their source of income at this time, and therefore, journalistic integrity would have dictated that the media didn't "recommend" looting at the least.

We are disgusted by the way the media has acted, but rather than just complain, we are taking it upon ourselves to try to do what they should have done in the first place, and fundraise, something at least, to show that the community at large does care, and this person's misery is not a joke to us.

If you are above such articles, donate.

After only one day of crowdfunding, we are so very happy to be 26% of the way there already!

Our sincere thanks go out to all of you who have contributed so far. We invite you to share the link on your socials and to follow Vent - All Malta's Events on Facebook to keep up to date with our fundraising efforts.

During this first day, we have already seen our post removed from Facebook (we presume as it criticised certain factions of the media, and who in turn reported it to be removed). That did not stop us, as we put it online once again, and continued to collect.

Also, a note on what should happen when and if we reach the 500 euro mark. At that point we will be uploading a video of us handing the funds over to Liliana and Charles with the name of everyone who contributed on a card.

Please do keep the solidarity coming! So many happy times at this kiosk. Hope Liliana is opening it again soon! Iain and Bridgette

In memory of happy times After only one day of crowdfunding, we are so very happy to be 26% of the way there already!Our sincere thanks go out to all of you who have contributed so far. We invite you to share the link on your socials and to follow Vent - All Malta's Events o…