Jenny was only 33 years old when she was diagnosed with Stage 4 breast cancer in 2017. She lost her dad when she was 6 and it has always been her and mom, together. She worked abroad as a nurse but had to come home because of the unbearable back pain. She was told by the doctor she has Spondylosis, a painful condition of the spine resulting from the degeneration of the intervertebral disks. Only then that she also found out that she has stage 4 breast cancer as well. She became bedridden for few months as she had difficulty in walking. She took oral chemotheraphy at home and series of medical treatments

She was a very kind person and a loving daughter. She showered her mom with so much love. All she wants is for her mom to be happy. She would always call her mom and check on her. When she was working abroad, she would buy a lot of stuffs and fill balikbayan box for her mom.

Jenny was an only child and sole bread winner. She had to use her savings from working abroad for all the hospitalization and medical treatments.

Last Thursday Feb 21, she had difficulty in breathing so she was rushed to the hospital. She had a lot of complications. Her lungs was already filled with so much water. She had too much pain on her back and doesn't know how to position herself on bed. On Friday night, Feb 22, she was able to thank her mom and her relatives for all the love and care and told them she was ready to go.

On Saturday, Feb 23 she was not able to talk but was able to open her eyes and smile. She closed her eyes and seems to sleep. She peacefully joined our Creator that night at 9:45pm. It was so heartbreaking to see her mother who lost her only child.

We created this campaign to those who would like to extend financial help for Jenny's hospitalization bills and burial expenses.

Last January, she was already rushed to the hospital and they have spent more than $4000. Her recent hospital bill have reached almost $2000 plus the funeral and burial services which might reach around $2000 as well.

Thank you for taking the time to read or share this. On behalf of her mom, we would like to say thank you and extend all the love and light to you and your families. God bless your generous hearts!

"Love your family. Spend time, be kind & serve one another. Make no room for regrets. Tomorrow is not promised & today is short." 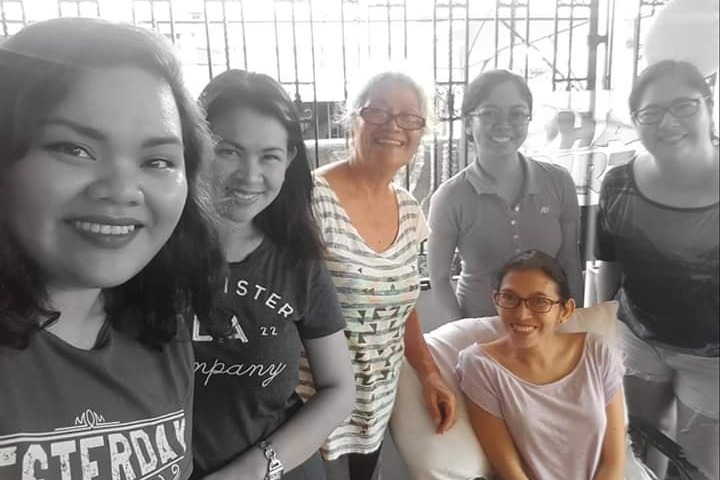 My sincere condolences to the family.

Thank you for all the memories during our college days

My sincere condolences to the family.