Ching got into a motor vehicle accident last Saturday, March 24, 2018, at around 9:00-10:00 in the evening. He was heading home to Naawan after he was trying to get cleared for his application for his Engineering board exam. However, due to some undetermined cause he lost control, crashed, and hit his head. 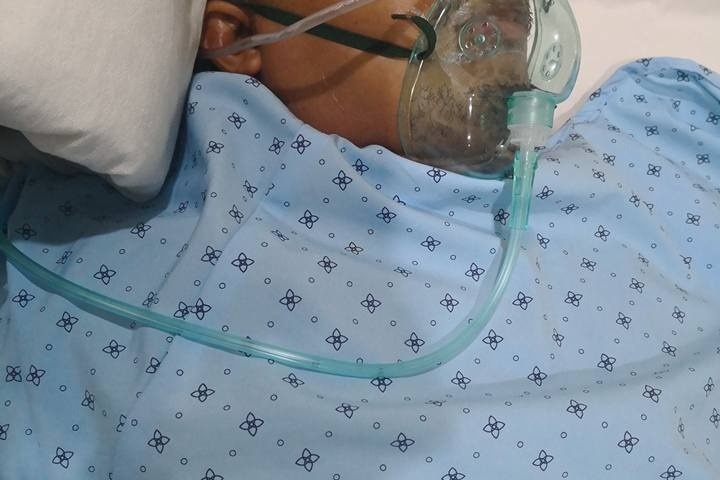 He was alone when this happened and it was only by God's mercy that someone saw him on the road and reported it to the rescue team and he was immediately brought to CDO Polymedic Medical Plaza. He was very combative at first and he had to be restrained. It was discovered that he had a linear skull fracture on his right parietal area and a subdural bleed in the left. He also has a clavicular fracture, right. After a 24-hour observation period, his neurosurgeon ordered a repeat CT scan and saw that the bleed was expanding and decided to operate immediately. A part of his left brain had to be resected because it was totally damaged.

It's been 1 week that he's been in the ICU. Even after the operation, he still appears disoriented, confused, with episodes of memory loss, and sometimes combative but he has since calmed down now that his wife (my sister), Ivane is here. 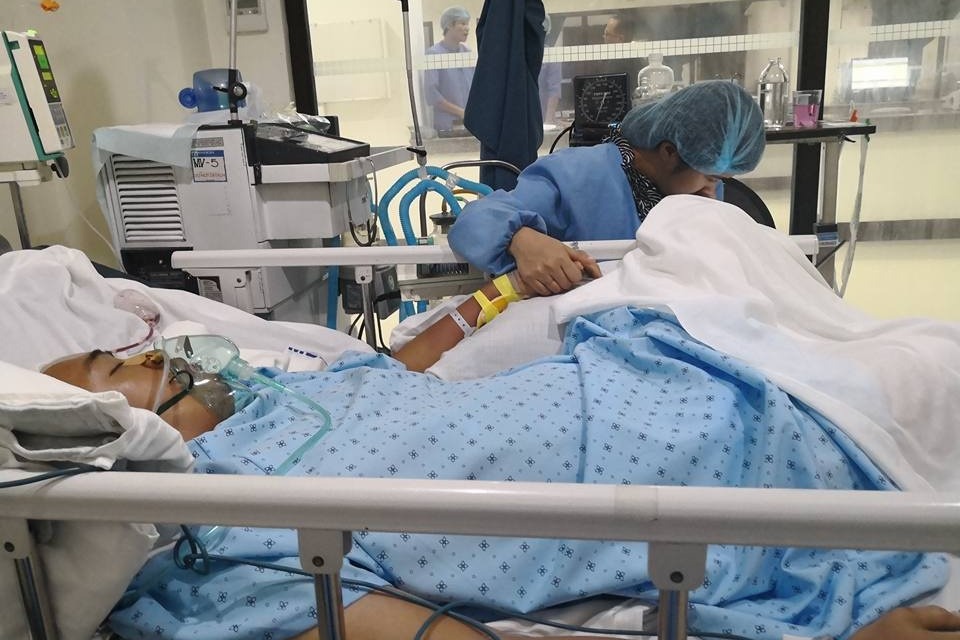 We are asking everyone to please pray for my Ching's fast recovery and healing. I know it is a shot to the moon but please pray that he does not have that much deficits. Also, please pray for our family to have the strength and unwavering faith as we go through these trying times.

Moreover, we are knocking into your kind hearts to help us sustain the medical needs of Ching. The hospital attendants have estimated the medical costs to be at least Php 0.5M. In 2 or 3 months, when he's ready, he will undergo another operation to have part of his skull back to cover his wounded head. The upcoming operation may cost another Php 200-300K. Contrary to popular belief, we are not yet a rich family. We have always struggled with our finances and it is only by God's grace that we have achieved the things we have right now. Our humble savings have been slowly depleted by the medications and other hospital bills. We are asking you to partner with us and help us in the fight for my brother's life.

Ching is a great teacher and a father of a 6-year old boy. There were times in the ICU that we notice hallucinations and he attempts to get off the bed because he says he still has to go to school - that his students are waiting. Even when sick, you can really tell how he values imparting knowledge to his students. There were instances we hear him mumbling mathematical formulas as if teaching in class. We earnestly pray that he recovers very soon so he can continue what he started and promote education to the needy. Help us pray and fight for Ching.

I hope you all had a happy and fun Easter celebration! I'm checking in to provide updates about my bro-in-law.

Positive: He is awake, can move all his limbs, and starts to take in some food.

Need to further observe: Sometimes responds well to questions yet sometimes unreasonable and doesn't recognize us.

brain injury cases are very unpredictable. he was very calm 2 days ago but now, starts to become very combative again,the same attitude before his operation (my husband has undergone craniotomy and a part of his skull was temporarily buried in his stomach). he couldnt recognize me and some of our family members most of the time. he tells me very painful words i just needed to endure because i know he is not aware of what he is saying. he complains that he is in pain but still insists on going home because he wants to be with his son or wants to go to work/school. he even managed to remove his IV line and NGT even if he was already restrained. every day is a battle. this is very difficult for Ching and our family, but please continue to help us pray for strength, comfort, financial provision and that he will already be calm so the swelling of his brain could subside fast. Also, to everyone who extended prayers and help, we are very thankful to all of you. May God bless you more!

because of stiff neck, he decided to wear a lighter, nondurable helmet. he was heading home from CDO after 8 pm (our last chat was 7:55 pm), no influence of alcohol. According to the rescue team, the probable cause of the accident was that uneven road in Opol. My husband was still conscious after the accident and insists on going home thinking he is okay but because the rescue team noticed a sign of short term memory loss, they decided to bring him to the hospital. thanks to all His instruments -from the person who reported the incident, the rescue team of Opol to his neurosurgeon and the nurses-thank you for saving my husband’s life. his attitude now may be upredictable but we are very happy he is alive. 8 days after the operation, the doctor instructed to restrain him again as he’s been uncooperative and sometimes combative. There were episodes that he could not recognize us or our names. He’s been fighting to get off the bed and leave the hospital. The doctor said this could be caused by his swollen brain and that he’s not able to make the right judgment at times. If only he remains calm and takes in food, he should have been moved to a private room. Clearly, we can’t do that as of yet; not until the swelling and his pain is reduced, and he’s more behaved.

Let’s continue to pray for him.

May God spread his Mighty hands and Outstretched arms toward his healing!. My prayers for him and his family. You'll essentially get your own fundraising page dedicated to campaign 'Fight for Ching – Craniectomy from Vehicular Accident' and all funds raised will go directly to Ruth Mocorro.

You'll have your own unique link that you can share, and Ruth Mocorro can see just how much you've helped. Your campaign will also be showcased from the main campaign.

I hope you all had a happy and fun Easter celebration! I'm checking in to provide updates about my bro-in-law.Positive: He is awake, can move all his limbs, and starts to take in some food.Need to further observe: Sometimes responds well to questions…

8 days after the operation, the doctor instructed to restrain him again as he’s been uncooperative and sometimes combative. There were episodes that he could not recognize us or our names. He’s been fighting to get off the bed and leave the hospital.…