Deenah, help her fight her cancer

She has been diagnosed with an Ependymoma in the 4th ventricle of her brain, which is now extending into the 3rd ventricle and soon into her brain stem, this tumor is growing and needs to be treated urgently with Radiation in order for her to survive.

We would like to take her to America to benefit from the reduced side effects that Proton Therapy can provide to her, this treatment method is not available in Africa.

Her protocol is still being fine-tuned, once this has been provided together with her Oncology Doctor Kate Bennett, we will know the final treatment figure, however, we have been given a costing estimate which is the bases of this fundraiser

Deenah's mum, as meticulous as a mum can be, she noticed Deenah regressing in being able to sit when she was 7 months.
Coupled with her vomiting and lethargic nature, she knew something was wrong, but no one could have imagined she would be diagnosed with cancer a week later.

Deenah having her first haircut: 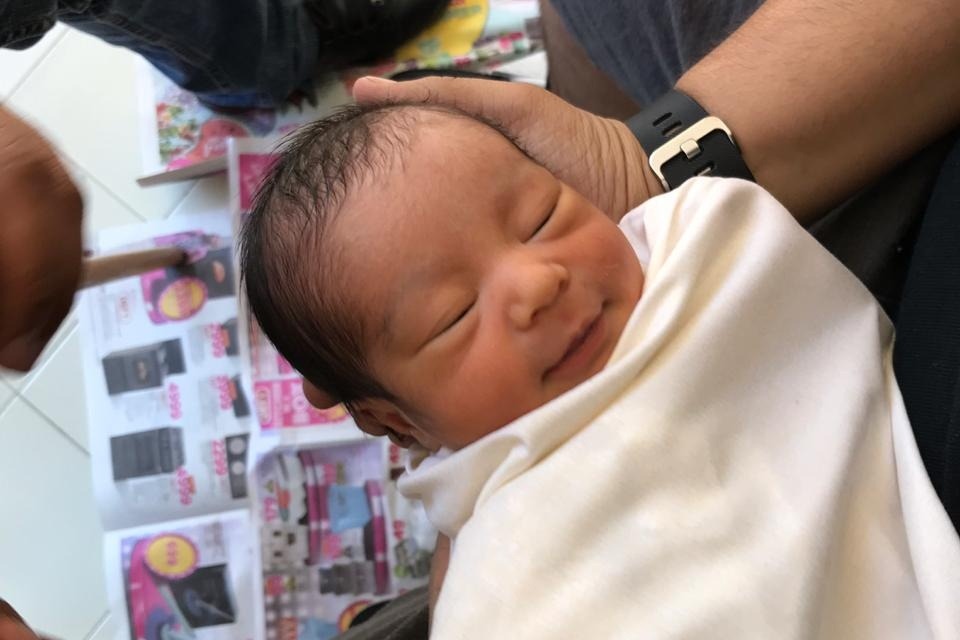 In July 2018 she began her journey with Sister Thandeka and Sister Mpho from Garden City Paeds ICU.

First night in the hospital 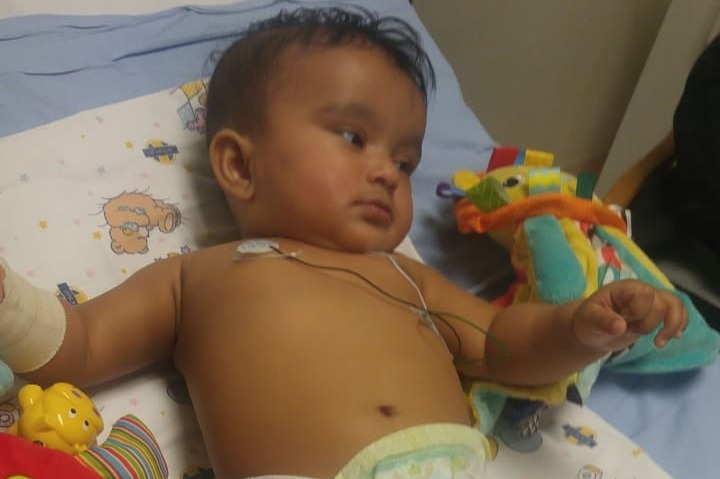 After a successful VP shunt, and subsequent tumor resection, her doctor did the best we could have hoped for and estimated he removed the majority of her tumor.

After resection of her tumor 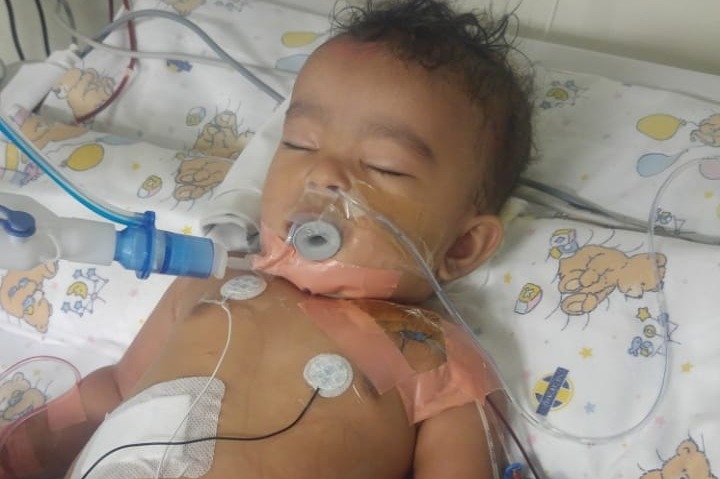 Her dad bundled her up from hospital 4 weeks later, where she recovered enough to be sent home and got to work on rehabilitating his little girl, she needed him, and he spent the time he had to build her into the fighter she is today.

First day out of hospital 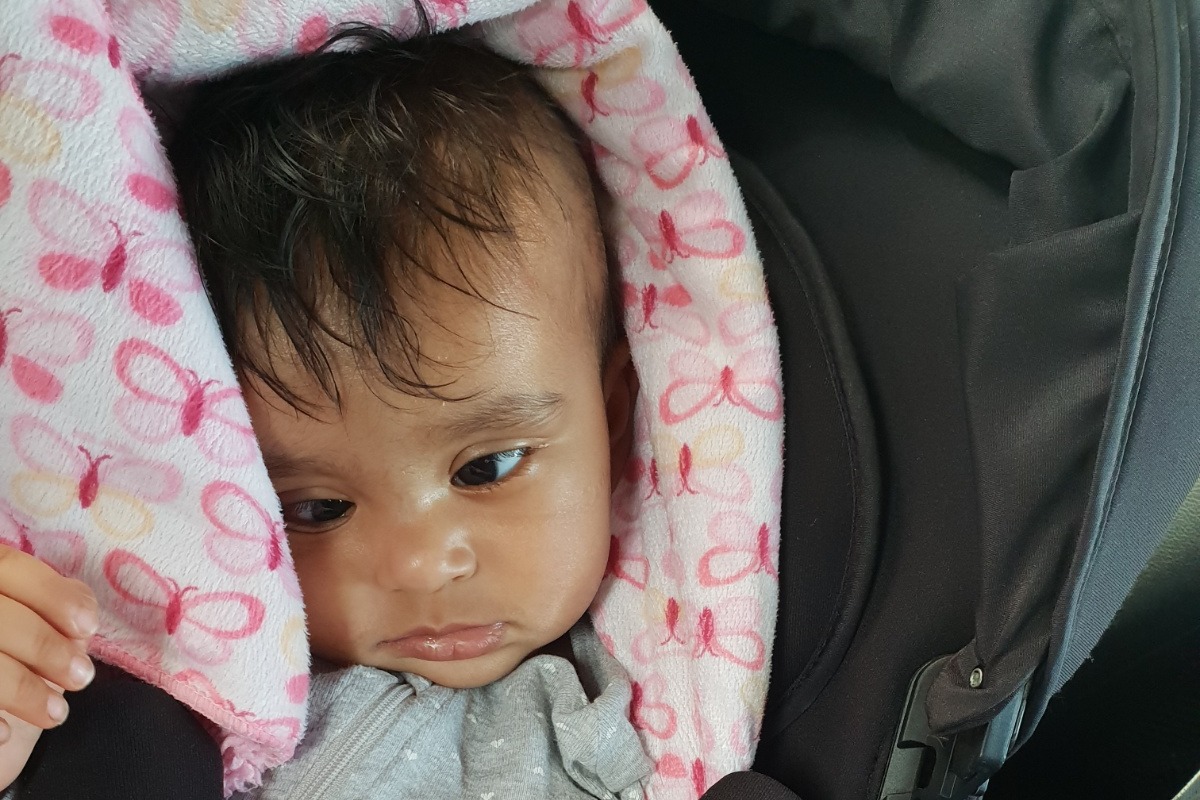 Deenah came home, blind in both eyes, unable to swallow liquids as her throat muscles had collapsed.

The tumor on its path, created such damage, our princess slept with her eyes open, she lost the ability to control her eyelids.

She would shake and tremor when she slept, and she lost all ability to make noises with her mouth, she could not cry, for a very long time.

Her dad, a real softie would watch her sleep, with tears pooling on his clothes, begging Allah to decide what is best for her if this world is best for her then to give her quality of life no matter the time he allows us to love her before he wants her back.

As a parent, to implore, to your creator, that please stop her suffering and to tell him we ready for her to go, is the most traumatizing and soul breaking prayer a man, on a prayer mat watching his babies body tremor and her face twitch ever have to make.

She did have the coolest mohawk I ever saw though 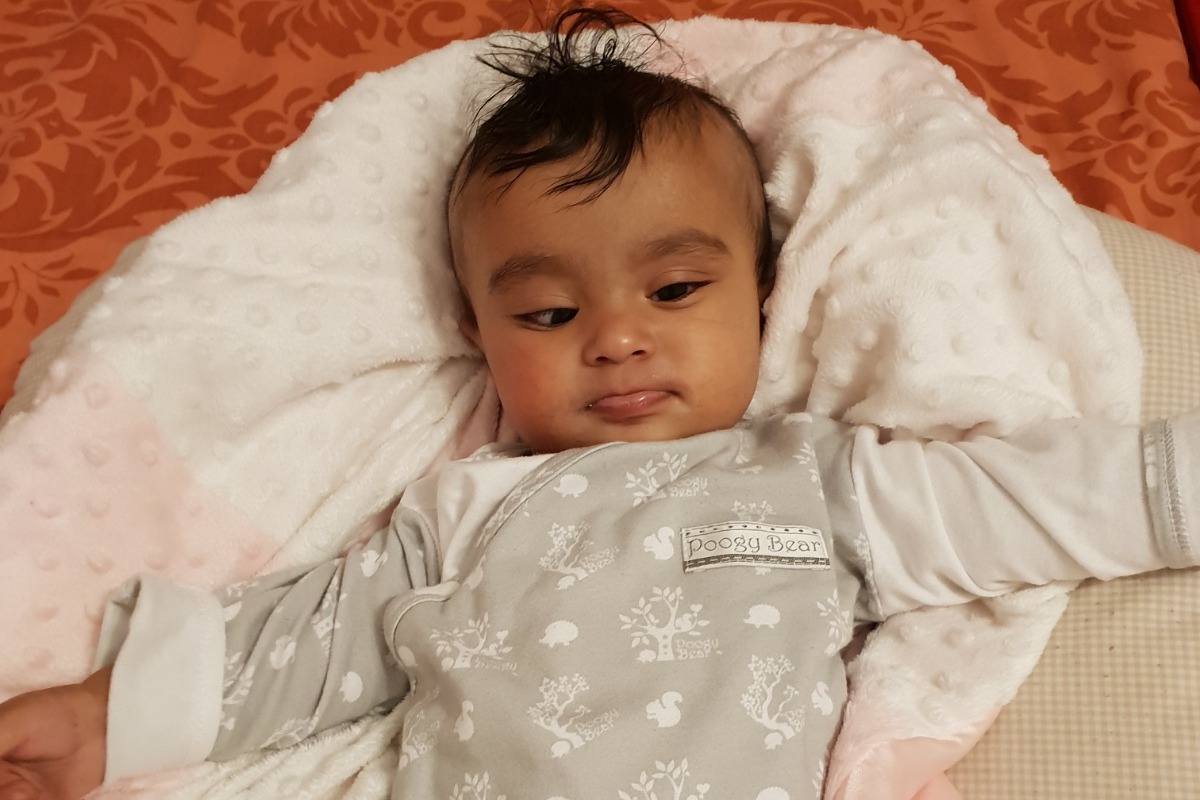 Deenah was offered chemotherapy at the Donald Gordon Medical centre.

Her parents declined the chemotherapy for a number of reasons

The first one is due to the rarity and type of tumor she had, chemo would need to be very high dosages and best case scenario was the possibility of the tumor staying the same size, yet we would have had ever lasting side effects and would still need to do radiation once she turned three

It was declined, to watch Deenah endure 12 months of consistent chemotherapy, for the possible chance of the tumor merely remaining was a risk we were not willing to take and it was not the life we wanted her to have.

We remained consistent with giving her a curated selection of alternative medication.

The results of which speak for themselves,

Her follow up MRI's showed no significant tumor growth, she went from doing great to developing amazingly well.

She stopped being her father princess and what must have felt like overnight, became his boss.

She bossed her Grandfather around first 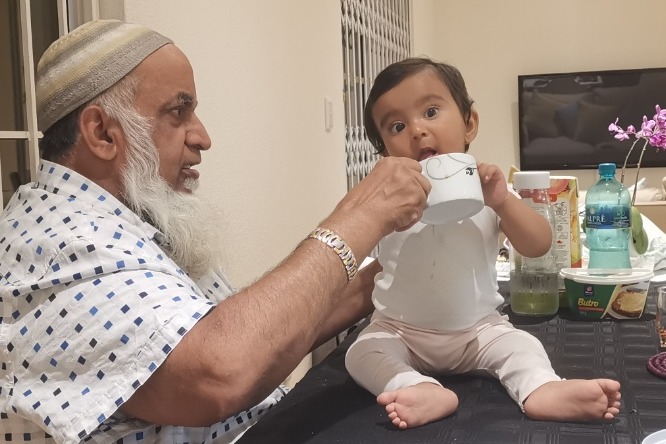 And decided to stop listening to me as well

She has undergone 4 further surgeries in order to get her to this point.

November 2018- botox into he eyes to fix her squint

She is a Year and 9 months old, radiation is ideally only done on children older than 3 years, as before that children are still going through a rapid growth phase.

Deenah, unfortunately, does not have time and we need to do what we can to save her now, she will not be normal, she will have lasting side effects if this treatment works.

But, she will be here with us, for us all to enjoy her laughter and her love.

For all those who are willing to help her in her journey to recovery, a donation towards helping to give her the best treatment and allowing her family to focus purely on her and her treatment without having to worry about the enormous unpaid medical bills not settled by medical aid and to get her the treatment she needs will be appreciated

Updates will be provided weekly and occasionally daily as when there is anything available.

For now, to all those who have been with us on this journey and have given her some love, support, thoughts and prayers we are immensely appreciative of it.

We thank you all.