A Drop of Life

Diseases from unsafe water and lack of basic sanitation kill more people every year than all forms of violence, including war. (source) Children are especially vulnerable, as their bodies aren't strong enough to fight diarrhea, dysentery and other illnesses.

90% of the 30,000 deaths that occur every week from unsafe water and unhygienic living conditions are children under five years old. (source) Many of these diseases are preventable. The WHO reports that over 3.6% of the global disease burden can be prevented simply by improving water supply, sanitation, and hygiene. (source) 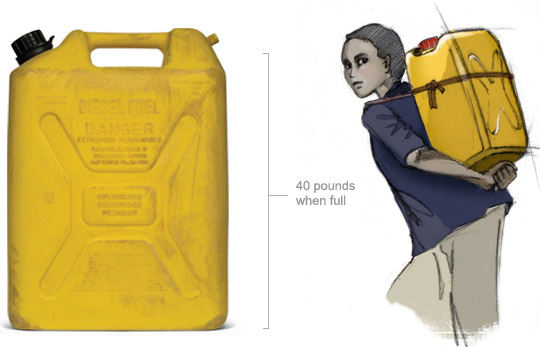 A clean water project nearby means more than safe drinking water to women and children in developing nations; it means time, freedom and incentive to change their communities.
women and children.

In Africa alone, people spend 40 billion hours every year just walking for water. Women and children usually bear the burden of water collection, walking miles to the nearest source, which is unprotected and likely to make them sick. (source)

Time spent walking and resulting diseases keep them from school, work and taking care of their families.

Along their long walk, they're subjected to a greater risk of harassment and sexual assault. Hauling cans of water for long distances takes a toll on the spine and many women experience back pain early in life.

With safe water nearby, women are free to pursue new opportunities and improve their families’ lives. Kids can earn their education and build the future of their communities.

In Africa alone, the overall economic loss due to lack of safe water and sanitation is $28 billion, or about 5% of GDP. (source) In areas where gathering water is impossible, small-scale private water distributors charge full market prices, forcing the poorest households to spend up to 11% of their income on life's most basic need. (source) Even this water is most likely contaminated if it has been collected from unprotected rivers or ponds.
Water is an astonishingly complex and subtle force in an economy. It is the single constraint on the expansion of every city, and bankers and corporate executives have cited it as the only natural limit to economic growth.
- Margaret Catley-Carlson, Vice-Chair, World Economic Forum

Feeding our world takes up to 90% of our freshwater withdrawals but many people in developing nations still don't have access to enough water for irrigation. When a water project is built in a community, members can often use the new water source to grow small gardens near their homes and secure their own food supply. Self-sufficient households are less affected by external conflict, famine or inadequate government services.

All members – men and women -- are engaged in the construction and maintenance of their charity: water projects. When complete, 6-10 community members are appointed to the Water Committee and are responsible for overseeing the functionality of the water point. Water Committees are often the first chance for women to step into elected leadership roles. This new responsibility can restore dignity, initiative and equality to community members.

At the end of 2011, we reached two million people served. That’s a major accomplishment, but we have much more work to do. By 2050, the world's population is estimated to grow by three billion and 90% of this growth will be in the developing world. (source) Unless sustainable water solutions are scaled fast, regions already stressed for safe water sources will be over capacity. We’re expanding our reach to meet these demands and will not stop until every person has safe water to drink.

The walk for water that used to take everyone here three hours, now takes 15 minutes. And the water is safe to drink.

A hygiene worker teaches your village the importance of sanitation. Your community builds latrines and sets up handwashing stations.

You join the Water Committee to oversee your village's new water source. As a woman, this is your first local leadership position.

You use the extra time and new water source to start a vegetable garden and feed your family. You sell your extra food at the market.

Your kids spend more time in school instead of walking for water. They graduate to become teachers, hygiene workers or business owners.

A nearby village learns how water transformed your community. They petition for a well in their village, and the cycle starts again.

water as a catalyst: disease prevention.

charity: water focuses on life’s most basic need -- water. But to significantly cut down disease rates in the developing world, water is just the first step. Almost everywhere charity: water builds a freshwater well, we also require sanitation training. In some communities, we build latrines; at the very least, we promote simple hand-washing stations made with readily-available materials. Clean water can greatly alleviate the world’s disease burden, but only with education and hygienic practice. charity: water is committed to using water as a gateway to sanitary living. 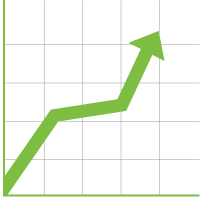 adding it up: the return.

Every $1 invested in improved water supply and sanitation yields an average of $4-$12 for the local economy, depending on the type of intervention. (source)
Even in regions prone to natural disasters, water infrastructure has proven to be a smart investment, sometimes reducing flood damage or disease rates among survivors. Clean water transforms lives, communities and generations -- and at a surprisingly low cost. $20 can provide clean water for one person.